Looking for a cool way to set your new Toyota Tundra apart from the others? Check out these cool USA inserts. 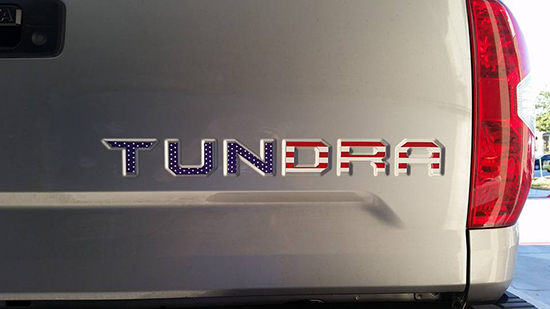 A little less than an hour ago, a 2015 Toyota Tundra TRD PRO Double Cab arrived. The plan is to do some long-distance driving and test out the roominess of the double cab setup. 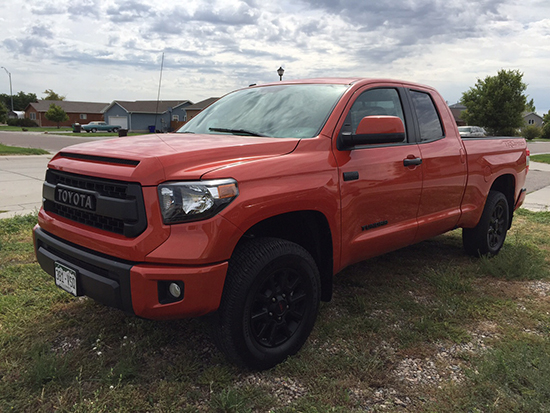