On the 17th of this month, the annual ALG Residual Value Awards were announced and it was a good day for Toyota (and Toyota owners). Not only did the company win the overall “Top Mainstream Brand” award, but six of their models were voted to be the best vehicles in their class in terms of resale value. One of those winners is the Tundra, awarded as the best “Fullsize Pickup” in terms of resale.

The news out of Ram Trucks is that the 2016 Ram 1500 will debut at the January, 2015 Detroit Auto Show. The truck is expected to be just a mild update.

Yesterday, the first new 2015 Ford F-150 rolled off the assembly line to much hoopla and fan fare. Ford claims Aluminum is the future of trucks and the ride quality is vastly improved. Absent from yesterday’s fanfare was an announcement about MPG. What is the hold up? 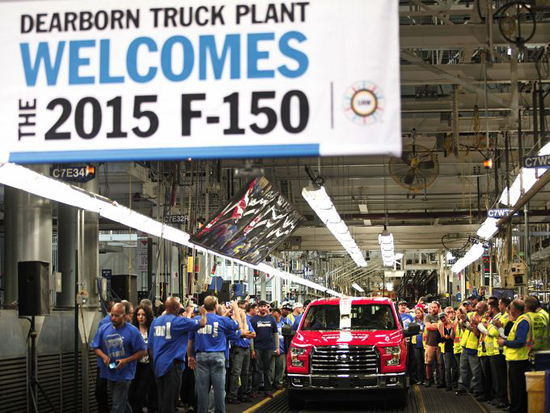 The first 2015 Ford F-150s are rolling off the assembly. We know a lot about the truck except MPG. Shouldn’t we know by now?