The news out of Ram Trucks is that the 2016 Ram 1500 will debut at the January, 2015 Detroit Auto Show. The truck is expected to be just a mild update. 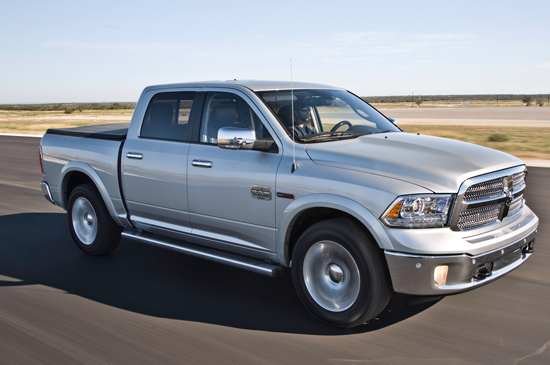 While the refreshed truck is interesting news, a statement from Ram’s President and CEO Bob Hegbloom maybe the quote of the year.

During a media meeting in Detroit, Hegbloom said:

“I’ve never heard anyone ask for an aluminum truck,”

Hegbloom was responding to a direct question on any definitive plans to switch to aluminum.

He did concede: “Do we have to lightweight the truck? Absolutely.”

The reality is that all truck makers have to drop weight in the trucks. Why? The physics are simple, lighter weight means less energy (fuel) is required to propel it forward. With truck’s having the aerodynamics of a brick, dropping weight is the answer.

Hegbloom says Ram is looking hard at meeting fuel economy targets. These are the same targets that the now, Fiat-Chrysler Automobiles consistently fails to meet.

Other interesting statements he made were:

We will have to wait and see what Ram has planned for the new 2016 truck. Our guess is that it will have some “ghee whiz” feature up their sleeve, but we have no idea what it will be. It could likely be “stealing” whatever feature they really like from the new Ford F-150 and putting their own name on it.

What do you think Ram needs to offer on the new truck?