In the stock, off-road market, most consumers (and journalists attention) is spent on the Ford Raptor. This is for good reason since this truck certainly sets the bar. However, there is about a $7k difference in price in our opinion and this will likely stay the same when the 2017 Raptor hits the sales lots. Current expectations is the new Raptor will start around $50k. Now, arguably, the new Raptor will have additional equipment over the Tundra to justify the price, yet for the average off-roader, I would argue the TRD PRO is more than enough for their needs.

Also, the Ram Rebel is on the market and while reviewers seem split on which model they prefer – Rebel vs. TRD PRO – again the pricing is in the TRD PRO’s favor in my opinion. (You could throw the Z71 into this same argument.)

Why bring all of this up? Because I still believe the TRD PRO is simply being overlooked as a strong competitor in this segment. After another week behind the wheel, I’m even more convinced than I was before about being overlooked. This truck rocks for all the right reasons.

What Makes The TRD PRO Special? 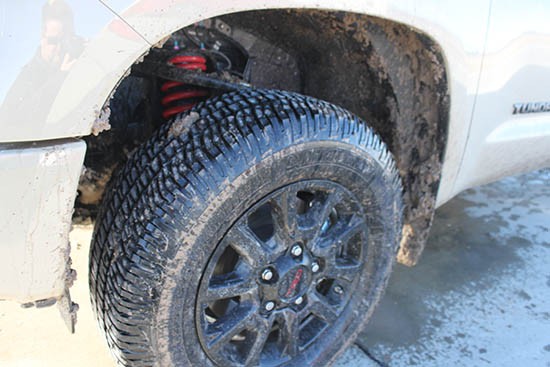 If this is your first time reading this site, you may be wondering what all the hubbub is about with the TRD PRO. Basically, it is a stock Tundra up-fitted with a host of off-road goodies specially tuned by Toyota Racing Development engineers.

From the shocks, suspension tuning and tire choice, the off-road team over at TRD has setup this Tundra to excel off the road. Add in the 1″ raised front end and skid plate, this truck can handle a beating. 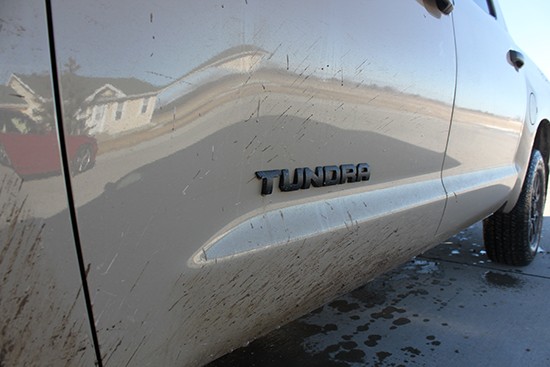 It looks good too with the old school Tundra grill, blacked-out badges and new interior styling. Plus, our test model had a new wrinkle, the Tundra name embossed on the tailgate featured a chrome insert ($99 option). 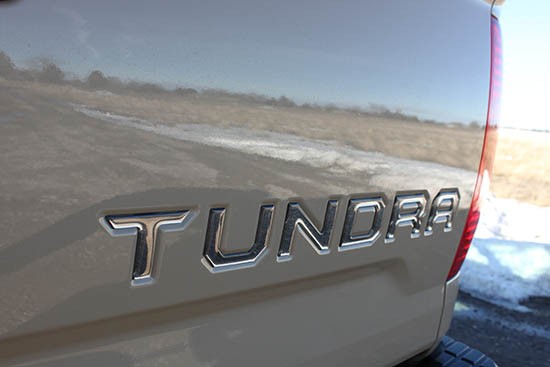 The new Quicksand exterior color is also a really nice addition this year and it definitely grew on me. For the record, initially, at the Chicago Auto Show, I thought it looked terrible. I certainly don’t feel that way now.

Finally, the Tundra has a TRD exhaust featuring a glorious, deep throaty sound which makes you swear you are driving a truck with a different engine (diesel perhaps?).

For the 2016 model year, Toyota has finally added some long sought after features.

For starters, the truck now comes with a 38 gallon tank (26.4 before). This is a great addition and saved me some money since I drove this truck to the Denver Airport prior to going to the 2016 Chicago Auto Show. During a week of running around town and the 200-mile trip, I typically would need to put a little gas in the tank for the loan company to pick up the truck. Not this time. I was able to do nearly 400 miles of driving with still more than a quarter tank of gas left. 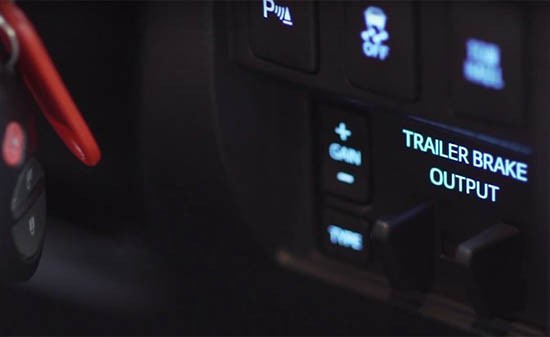 Next, the 2016 model has the integrated trailer brake assist. Again, another feature that was delayed inexplicably, the Tundra now joins the rest of the segment by offering this feature. While I didn’t get the chance to do any towing, I certainly appreciated the placement of the brake assist versus aftermarket offerings which I’ve hit my kneecaps on entering and exiting the cabin.

Finally, all Entune Multimedia units are upgraded to the “2.5 version which features 85 percent faster functionality thanks to new dual core processors.” And yes, it is indeed faster.

Certainly, I’m a big fan of the Tundra TRD PRO, yet it still needs a little more work. For starters, my fuel economy was really bad for the week I drove it. Now, yes the off-road tires and 4.30 rear axle in our test model (towing package), eats away at the fuel economy. However, it would be nice if Toyota at least offered more rear axle differentials to help improve fuel economy. 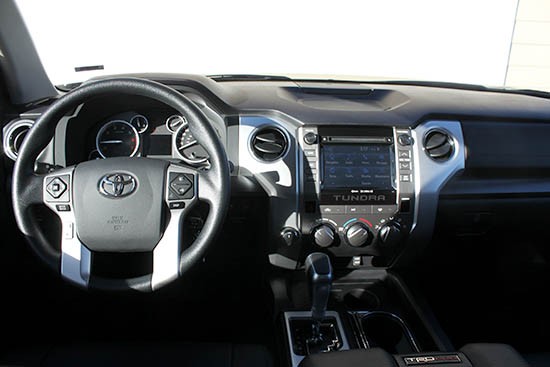 Next, the radio volume. Honestly, I didn’t even really notice this until a comment from one of our readers. Checking this out, I turned on Ozzie’s Boneyard and cranked up some AC/DC. Now, my hearing isn’t what it once was, but I had it full blast and could have handled more volume. An interesting thought occurred to me that the head unit could be to blame for not only the lack of volume, but also the lack of USB plugs in the Tacoma and Tundra. I remember Chief Engineer Mike Sweers saying the USBs draw power from the head unit. Maybe then, the radio volume isn’t the issue, the head unit itself is something that could be improved on.

Finally, the rear seat. Yes, I’m harping on it, but something has to be done. Whether the slide and recline comes back or not, more storage under the seats and/or more functionality when the seats are folded up (see: the Ram 1500 and the various options to store items and hold groceries) has to be done. Right now, it is a half-finished idea in my opinion. 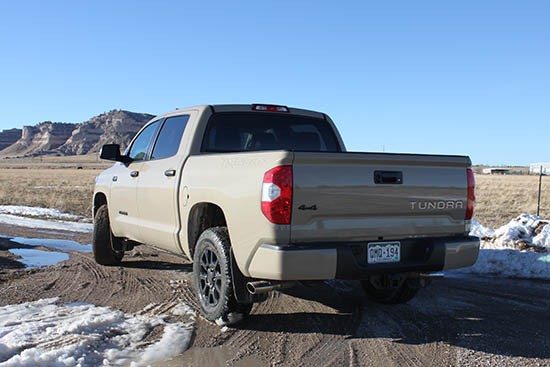 All in all, these are small items in the big picture. The Tundra remains the most reliable pickup on the market via numerous studies and is extremely capable of fulfilling any truck job. I also find it stylish and really enjoy the voluminous cargo room in the rear of the Crewmax. If you are looking for an off-road pickup that can also haul the family or gear comfortably, it is hard to find a better pickup than the TRD PRO. Period.