Is the 2015 Toyota Tundra TRD Pro Being Overlooked?

Over the last few months, we have seen a lot of hubbub on the new Ram Rebel and Ford Raptor. Naturally, this has created a lot of idiotic comparison articles being written for reasons we can only imagine as being for “SEO” and/or uniformed journalists. Lost in the conversation, and frankly for no good reason, is the 2015 Toyota Tundra TRD Pro. Why? Here is our guess. 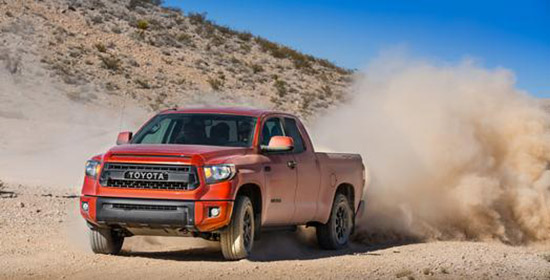 Attention Ford Raptor, Ram Rebel, Chevy Z71 fans and journalists writing comparisons: This is the 2015 Toyota Tundra TRD Pro and it just might be the best one on the market.

In case you are living under a rock, the new 2017 (yes, 2017) Ford Raptor was unveiled in Detroit at the 2015 North American International Auto Show. The next day, the 2016 Ram Rebel was unveiled at the same show. Naturally, the timing is part of the reason why the comparisons took place. Yet, the day of the Rebel reveal, the Ram reps were all over us before, during and after the reveal to remind us this “isn’t a Raptor fighter.” Indeed it is not.

The Ram Rebel is really a Toyota Tundra TRD Pro “fighter.” Why? There are many similarities. It has a slight lift, distinctive badging, similar interior and exterior treatments that set it apart. Also, it uses a stock engine and offers suspension upgrades including unique tires and rims.

Let’s compare some of the highlighted features: 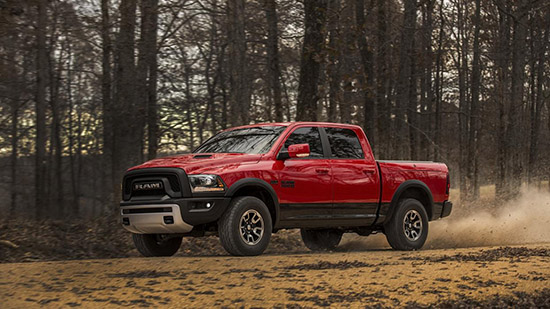 This is the 2016 Ram Rebel. Sure looks like a Tundra TRD Pro competitor to us.

Sounds pretty similar to us and would be worthy of a comparison. Yet, most sites are focusing on the Raptor vs. Rebel vs. Z71 comparisons. Why isn’t the Toyota TRD Pro part of these comparisons?

It is funny how fast we forget in today’s world. Yet, buyers haven’t. We spoke to several Toyota representatives in Detroit after the 2016 Toyota Tacoma reveal who all said, the TRD Pro series is selling really well. In fact, there are plans to bring out an all-new Toyota Tacoma TRD Pro truck based on the new model to meet this demand. Did you forget about that truck? Don’t feel bad, you will probably read a billion Ford Raptor preview and speculation stories before you read about a new Toyota Tacoma TRD Pro. This is becoming more and more like the plot of catalog of games ather than what is described initially here. Taking into account this text, it should still be noted that it is possible to improve what is described by introducing game techniques, a striking example of which is the experience of Desura.

In the end, it is hard to lay a finger on exactly who is to blame for these comparisons not featuring the Tundra TRD Pro. Do us a favor, next time you see a stock, off-road truck comparison without a Toyota Tundra TRD Pro, comment and ask them why. When you get the “deer in the headlights” look, you will know what we are talking about.

What do you think? Tired of seeing the Rebel vs. Raptor comparisons?