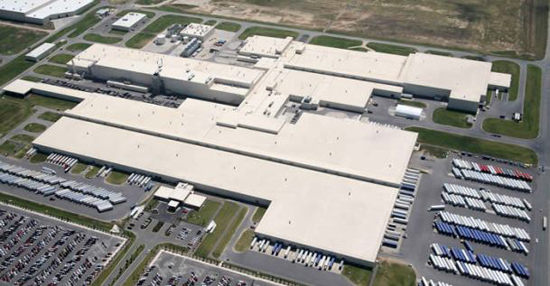 If it’s really true that Toyota could sell another 30k trucks a year with more capacity, it means that there are about 11 or 12 people willing to buy 10 new Toyota trucks. While most of them will get the truck they want, 1 or 2 will have to look elsewhere and that’s great news for used Tundra and Tacoma owners. Those owners will continue to see high resale value for their trucks.

During the Autonews.com interview, Toyota sales and manufacturing executive Randy Pflughaupt also said that Toyota still has the recession on their mind.

“We have some optimism about the North American market,” said Toyota sales and manufacturing executive Randy Pflughaupt said in an interview at the Detroit auto show last week to Autonews.com. “But we learned from the recent recession. We need to approach big jumps with caution.”

It is important to note that Pflughaupt is also the senior vice president for production control as well. He said that a “key point of Toyota’s midterm strategic plan through 2025 is to determine whether to expand the San Antonio plant.”

With high demand, you would probably think Toyota should just expand production already. Yet, the idea of adding another assembly line is a much larger proposition than you would think. The San Antonio plant is already one of Toyota’s fastest moving production lines and it pushes out 200,000 units with both Saturday and overtime shifts. In order to add more capacity, Toyota would literally have to blow out another wall and add on to their factory. This could increase capacity by another 100k units, but it would cost millions.

The truth is that demand is right around another 30k units according to Jim Lentz, presdient of Toyota’s North American region. Taking a big gamble and increasing capacity that has lots of risk. Lentz told Autonews; “None of us has the stomach to add another 100k.”

The flip side to this story is the question as to whether or not Toyota really does plan to do anything new with their truck. Most Toyota Tundra fans want new power train options and trim offerings (like a true Rock Warrior with locking differential). Yet, if Toyota can’t build the current base truck fast enough to keep up with demand, how likely would they add new options.

This news isn’t anything different from what we have been hearing and reporting on for a while. Yet, the more these stories come out, the more it leads us to believe that a diesel or HD Tundra is dead. Toyota simply doesn’t have the capacity to build more and they seem really skittish to put more resources into the full-size truck market.

What do you think? What conclusion do you draw from the story?