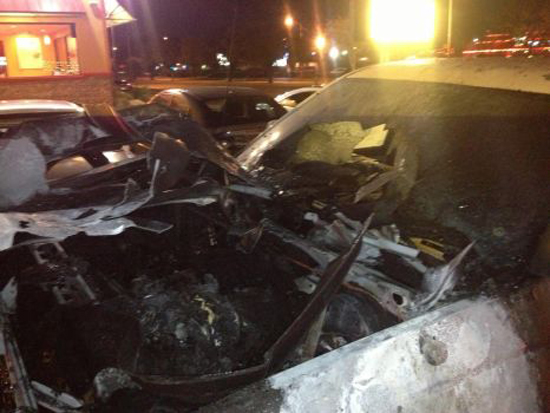 When the recall was first announced, the language seemed a bit odd. GM stated that “a possible software glitch can cause overheating to occur in the exhaust components, possibly creating a fire under the truck.” Aren’t exhaust systems made to handle high heat? Apparently not, the photos and story from one Houston GM owner really speak to the issue.

The story goes that Houston wrestling coach Allen Paul received a recall notice just 30 minutes before his truck burst into flames. Apparently, he was driving his truck when he noticed the truck slowed down and all the interior lights coming on. He then noticed a fireball from under his hood. Naturally, he stopped and fled from his truck which was engulfed in flames.

Initially, the way we read the recall was that it only happened with “excessive idling.” GM told its customers to not idle the truck until the software fix could address the problem. The problem appears to only affect 4.3L or 5.3L engines and not the 6.2L. 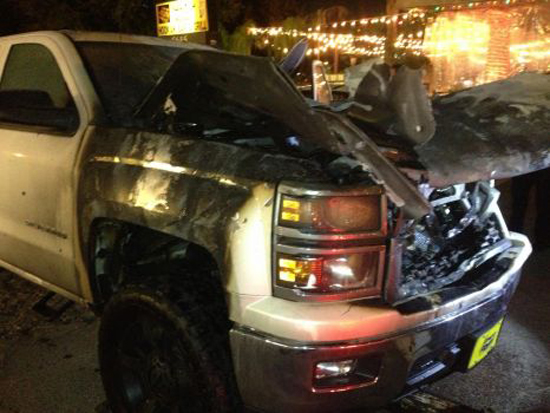 This is what’s left of Paul’s 2014 Chevy Silverado.

GM spokesman Alan Adler told the Houston Chronicle (in response to the above story) that as of January 10, 2014 he only knew of 10 confirmed fires related to the defect. He also stated the majority of the problems were in cold weather climates.

“That’s not to say it can’t happen elsewhere,” said Adler.

Adler stated that they were aware of Paul’s truck fire and were working on a resolution.

“We’re doing everything we can to put the customer first,” said Adler.

That’s great and all, but what the heck! A truck that catches fire while driving around in it?

The reality to this story is there are just so many unanswered questions. Chief among them are:

We have asked our sources for more information and when we hear something, we will update this story.

What do you think? What are your questions?