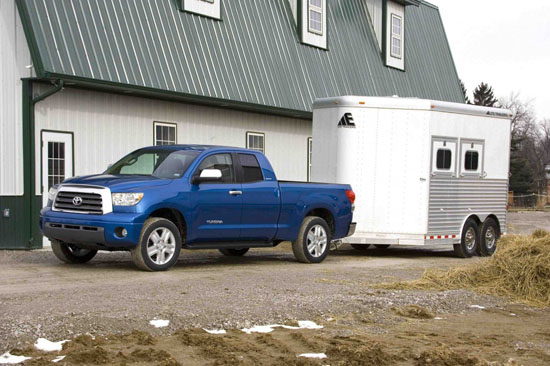 Thanks to our reader, LJC, who emailed us to say he recently filled out a Toyota Owners’ Intersection Survey that was “directed towards truck owners.” Here is what he had to say:

I just completed a Toyota Owners’ Intersection Survey that was directed towards truck owners. The survey had a number of questions asking about increased towing and payload capacity (about 1/3 of the survey)–I got the impression that Toyota is giving this some serious thought. The capacity figures stated in the survey were 3000lb payload and 12,000lb towing.  Also, there were two questions asking “how much I would pay”, the first was $500 and the second $1000.  I answered yes to both. There were some other questions as well. One for a spray on bed-liner and a few for a folding tonneau cover.  A bummer about the survey is there were no questions for a selectable eLocker.  However, at the end of each survey (I get a TOI survey about once a quarter), a “share your thoughts” question was made available. I took the opportunity to express my dissatisfaction with this missing option.

The selectable eLocker aside (sorry LJC!), the questions on that survey about towing and payload sure seem to jive with what we have been hearing for years.

The future of an HD Tundra has been bright and then shaky and then bright. The roller coaster ride seems to follow the way the economy has gone the past 7 years or so. Now, with the economy rebounding thanks to full-size truck sales, the time for an HD Tundra has never seemed brighter. And it seems after all the ups and downs, Toyota might never have lost the desire to offer one, they just might have had to put their plans on hold while the economy took its time coming around.

It is worth mentioning though that an HD diesel doesn’t seem to be in the cards at all. There were no questions on the survey about diesel.

Yet, we have been told before it is coming and then nothing. Is it time, once again, to believe that a HD Tundra is coming?