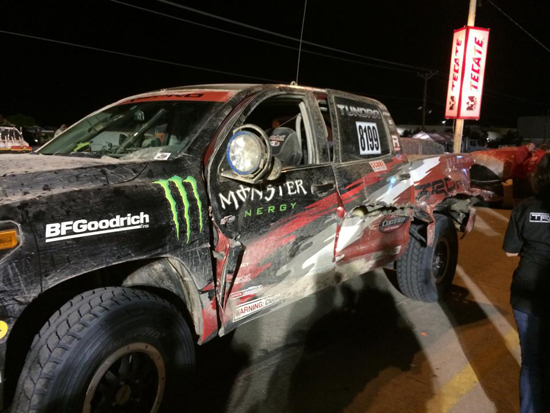 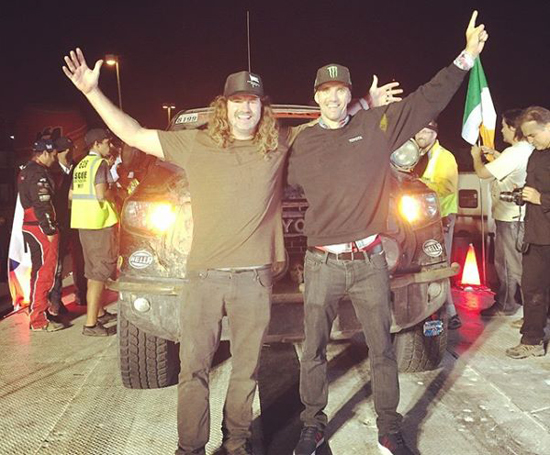 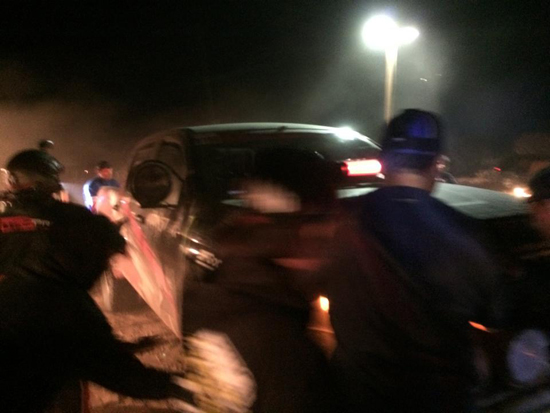 A blurry pic of the finish.

Official race results are still unknown, but it looks like they really did push the truck (unlike the Ford F-150 mind you). Also, note: the result reflects how the truck did in its class and there is no overall champion with several different classes of vehicles competiting. We do know, the grueling race took the team 36 hours to finish. Nice job guys!

Check out our post on the 2015 Toyota Tundra TRD Pro for everything you need to know about the truck and the team.