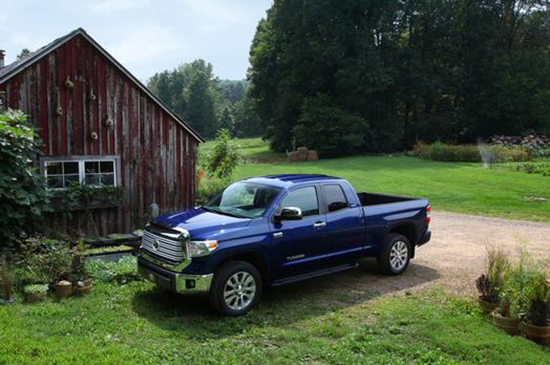 Before we dive into the month, here are the numbers:

Officially, they say their light-duty truck products had their best March sales ever. Looking behind the numbers, their classification of light-duty trucks includes trucks, SUVs and mini-vans.

For just the Tacoma and Tundra, they were up a combined 5.2 percent over last year. For the year, they are up 9.2 percent which is about keeping pace with the industry. We still can’t figure out how Toyota says they are at capacity and yet they keep selling more trucks. Doesn’t add up to us.

Late last month, Ford announced their other F-150 plant came online. This means, both plants should be producing the new 2015 F-150 as fast as they can. We have no doubts Ford’s truck sales will climb with increased supply, we will just have to wait and see how much. The big question is if it is anything less than double-digit sales increases, will it be considered a failure? That remains to be seen.

For the year, GM trucks have certainly been a bit of an anomaly. Why? On the half-ton side, you could argue that the Sierra and Silverado got the least amount of improvements when they were redone (depending on how you view the Toyota Tundra). Yet, looking at sales numbers, they continue to post nice sales gains. For the second month in a row, the Chevy Silverado posted a larger sales gain than either Ford or Ram.

Also interesting are the mid-size twins. Both the Colorado and Canyon have been on the market for a while and we have to believe the dealer supply has been built up. Yet, the sales numbers are still pretty insignificant. In fact, the Tacoma hasn’t seemingly been fazed at all by the GM truck’s introduction. What’s hurting the Tacoma is the production mix at the San Antonio, Texas plant more than the new competition.

By the way, we recently had a chance to test both of the GM mid-size offerings in the Canyon and Colorado. Give us a shot if you want to hear our thoughts on them.

Are we ready to say that Ram trucks hot streak has cooled? Last month, they posted a meager increase up just about 2k units and this month they were down. What’s going on? Has the EcoDiesel cooled off? Was Toyota’s Sweers correct in saying that once pent up demand passed, we would have a better picture of the market? It seems so for now. Going to be interesting to see what else Ram has up their sleeves as the year progresses.

These companies sales results should come with an asterisk that says “new products coming soon.” It is clear their products have run their course and a new model is desperately needed.

You heard what we think. What are your thoughts?