When Toyota unveiled the beefier 2014 Toyota Tundra, they said consumers didn’t think it was brawny enough. Apparently, the consumers didn’t see this truck. This is one seriously brawny-looking and  cool Tundra. 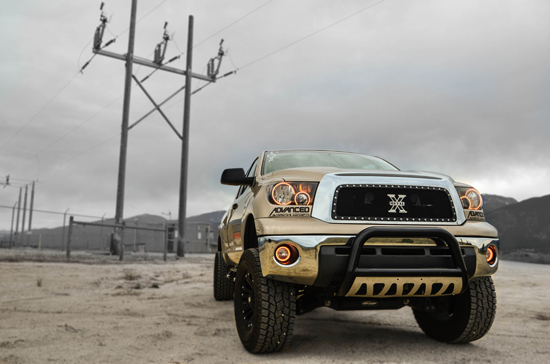 What a cool photo with the background. This is a great looking truck.

The trails in Canada can get very muddy in the first part of the year. Really, really muddy. No problem for the Toyota Tundra, 4Runner and Tacoma. See them in action with these amazing photos. 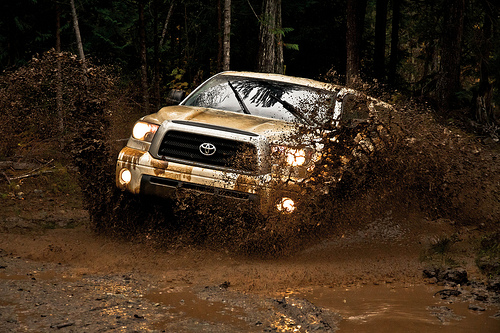 This is a pretty sweet photo of a 2007 Toyota Tundra on a muddy trail.

Quite often we see fully customized Toyota Tundra pickups on their way to some car show or SEMA show. But, what about taking an older ride and simply cleaning it up (a lot!)? That’s what James H did with his 2000 Toyota Tundra. It is one clean, cool looking Tundra. 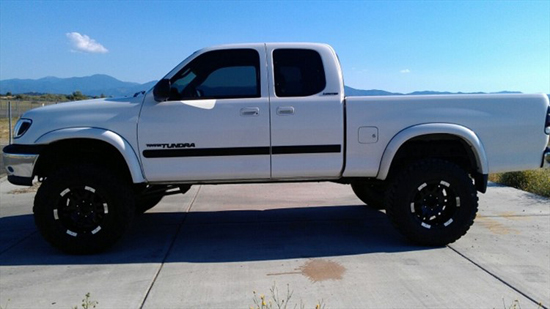 This truly black and white 2000 Toyota Tundra has received lots of TLC from its owner.

In case you missed it, here is the video from the Toyota Tundra pulling the Space Shuttle Endeavour. What an impressive tow job!