This “Lady in Red” 2013 Toyota Tundra is one sweet looking pickup truck. Plus, it is for sale from Rhinelander Toyota. Check it and if you buy it, let us know! 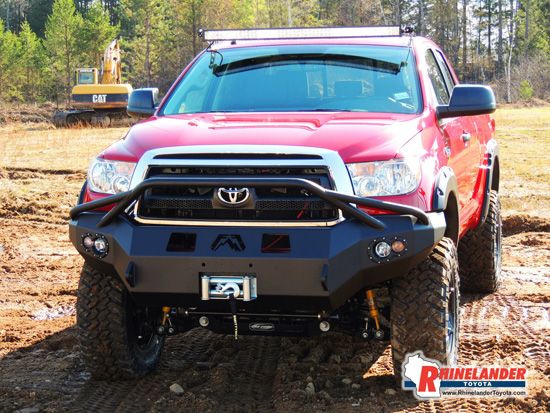 This “Lady in Red” Tundra pickup is ready for a good home.

It’s big, black and can seat six comfortably in the rear cab. You can take it off-road and on-road with ease. And it is one of the most custom Toyota Tundra’s we have ever seen. What is it? It is a fully-loaded platinum edition 2013 Toyota Tundra Limousine for sale right now on Ebay for the asking price of $229,000. 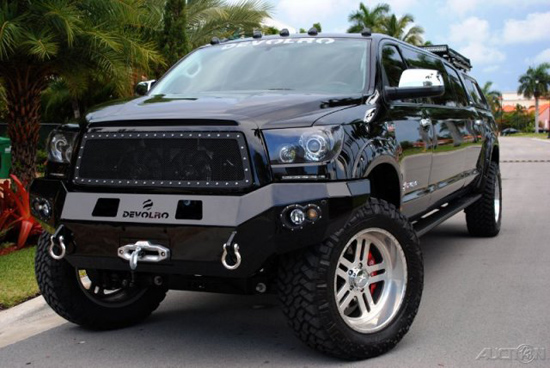 Every year, the SEMA (Specialty Equipment Market Association) show in Las Vegas, NV has a large collection of seriously modified and cool trucks. What if you had a chance to buy one? Now you do! 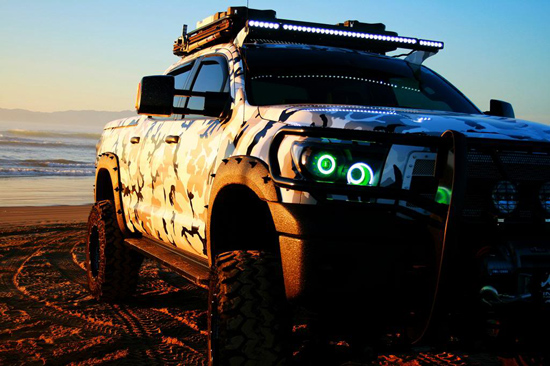 This baby is one sweet Toyota Tundra. It was built for the SEMA show and now you can own it. Check it out!

For most of us, we have a love affair with our truck. But, what about our favorite NFL team? Is a sticker in the back window enough. No way says this Miami Dolphin themed Toyota Tundra. Get a load of this custom truck! 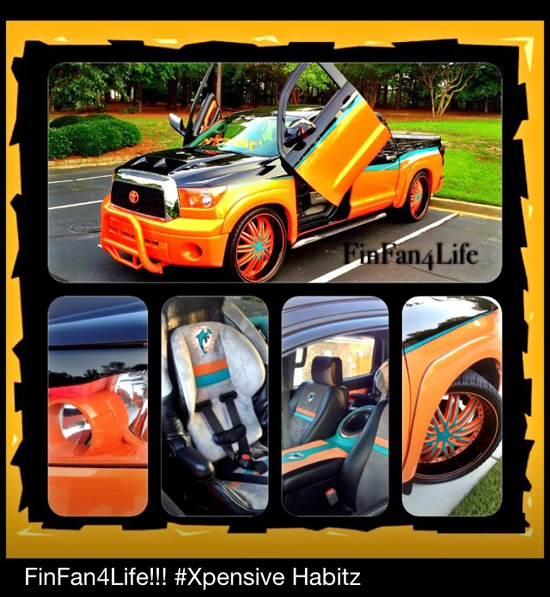 It isn’t that often we come across a truck that looks powerful and clean with just the right amount of modifications. Through in the fact it is owned by a woman in an admittedly male dominated truck market and we took a double-take. Simply put this truck, BLOWS US AWAY! 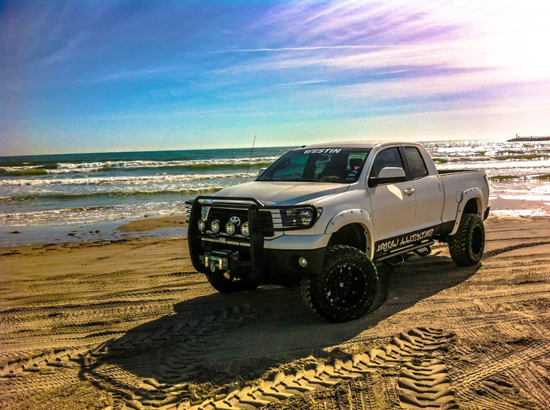 A beautiful beach scene made better with this awesome 2010 Toyota Tundra.