The Case Against Compact Trucks

It’s easy to be a naysayer, so I’m going to try awfully hard to emphasize the following point: there will always be a market for trucks with a smaller footprint:

But the question isn’t “Will they sell?” so much as it is “Will compact trucks sell in sufficient volumes to be profitable?”…and as you will see, the answer to that question isn’t so clear.

It’s reasonable to assume that a less capable truck would cost less, but the difference isn’t as big as you’d think. If we choose to look at sticker prices, average transaction prices (via Edmunds.com), tow ratings, and payload ratings, we see that the small trucks and the big trucks are sort of similar:

While the Colorado has a surprisingly high payload rating in the configuration we spec’d out (we tried to choose trucks that Edmunds.com had transaction data for), there’s a substantial difference in tow capability between the Colorado and the Silverado 1500…yet the Colorado is only $2,000 less (in terms of real world transaction prices) than it’s bigger brother.

The Tacoma and Tundra aren’t quite the same story – the Tundra offers more payload and towing, and the Tacoma is quite a bit cheaper than the Tundra – but this is sort of the exception to the rule. The Tacoma’s price is going up when the 2016 model arrives (probably quite a bit), and the Tundra’s holding price levels being that it’s a new model. In another year or two, the cost difference between the two trucks will probably close by half.

So here’s the million dollar question: Why wouldn’t consumers buy 20%-25% more truck for a 10%-15% higher price tag? The simple fact is, buying a compact version of a full-size truck is a “bad” deal in terms of capability. You sacrifice towing and/or hauling ability, but you don’t save much money doing so.

Don’t Forget About Ford and Ram

The above comparisons are brand-to-brand, and for that reason they don’t paint a complete picture. We also have to look at pricing on two competitors full-size trucks – the F-150 and the Ram 1500.  While the Colorado/Canyon, Tacoma, and Frontier have to compete with their big brothers, constraining the size of discount that Toyota, GM, and Nissan can offer on their bigger trucks, Ford and Ram aren’t in that boat. 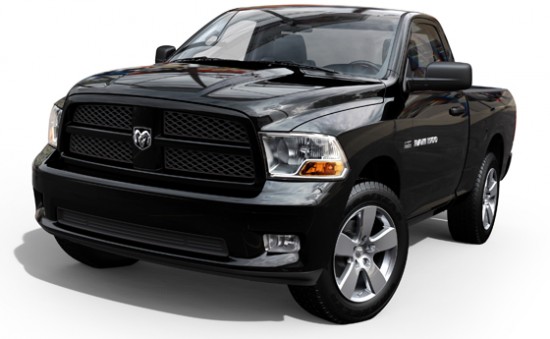 Ram is selling Quadcab Express 1500’s for $5,000 LESS than a new Colorado Crewcab…and I don’t know who to feel sorry for. People who paid too much for a Colorado, or people who bought the cheapest truck on the market?

Compact Trucks Have a Hill To Climb

As you can see, any comparison of compact and full-size trucks requires compact truck buyers to either:

In the short term, we’re not seeing a whole lot of discounting. But in the long term, discounting is inevitable.

When automakers have to start discounting product, they are loathe to invest money into improving said product. This means the model in question can go years and years without being redesigned. Additionally, automakers start looking at profit margins on heavily discounted vehicles and thinking “we could NOT sell this model and make about the same amount of money.”

If this sounds familiar, it should: when Ford canceled the Ranger, they explained that the vehicles weren’t profitable, hadn’t been profitable in a while, and that a lot of Ranger customers would probably buy the F-150 instead if the F-150 was affordable. 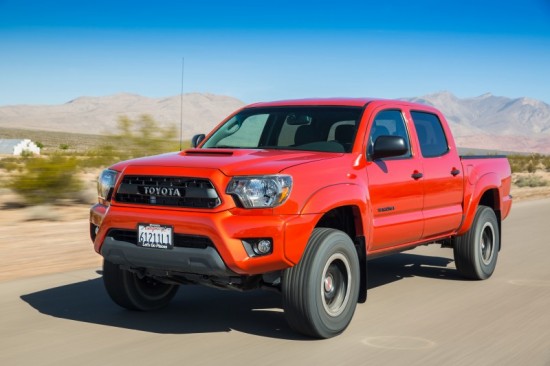 Small truck buyers are often looking for off-road capability, which is why Toyota focuses so much on off-roading when they market the Tacoma. That’s also the reason the Tacoma has remained popular even as the compact truck segment has shrunk (or at least that’s one of the reasons).

Summing up, the Tacoma’s slice of the truck market is relatively safe. It’s a strong off-road vehicle, and that’s what a lot of people buying small trucks are looking for. But beyond that, there isn’t much of a market for compact trucks in the long run. The near price parity between the Colorado and the Silverado, F-150, and Ram 1500 all but proves the Colorado’s pricing can only go in one direction.

It says here that GM should enjoy strong Colorado and Canyon sales while they can. In 3 years, when the hype dies down and the next generation of full-size trucks hit the ground, GM’s compact trucks are going to have to be awfully cheap to sell.