Ram’s solid sales growth seems to come at the price of quality, as we’re once again hearing about a major build issue with one of Ram’s products. This time, it’s that a limited number of V6 engines may have cracked heads. The question is, are problems like cracked heads (and various recall items over the last 3 years) caused by Ram’s rapid growth, or are they a continuation of Chrysler’s long history of reliability problems? What’s more, with Fiat-Chrylser’s ambitious plans for more rapid growth, is it reasonable to anticipate more problems just like this one? 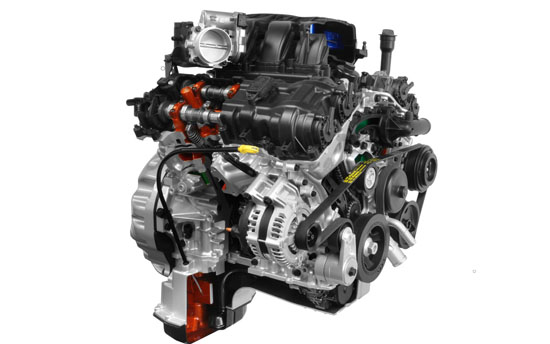 An AutoNews.com story says Chrysler is extending the warranty on approximately 7,500 engines (not verified by Chrysler) that are susceptible to left cylinder head cracking. The warranty will cover the left side cylinder heads to 10 years or 150,000 miles while the rest of the powertrain will remain at 5 years/100,000 mile warranty.

The story goes Chrysler became aware of the problem in 2012 after customers reported hearing a “ticking sound” or stalling followed by an illuminated check engine light. At the time, Doug Betts, the head of Chrysler’s quality department, said the problem affected “half of 1 percent of vehicles with the Pentastar engine,” according to AutoNews.com.

Officially, Chrysler says they investigated the problem for months before coming to the conclusion of an unusual combination of factors including low-quality fuel and certain driving conditions can cause the problem.

“A small percentage of these 2011-2013 model year engines may be susceptible to an engine misfire which is caused by a combination of rarely occurring factors, including drive cycle and fuel quality,” Chrysler wrote in a statement last week announcing the extended warranty. “The issue does not disable the engine. Dealers will replace the left cylinder head with a new part with a minor design modification.”

Also, the Pentastar engine lineup is really new with its introduction taking place at the 2009 New York Auto Show. It made its debut in 2011 model-year Chrysler, Jeep and Dodge vehicles. Fiat also now uses it in their larger models.

While Chrysler has historically had quality concerns, we have been told time and time again that those issues are in the past. Yet, it is hard not to wonder about quality concerns with Ram’s and Chrysler’s rapid growth over the years.