In what could be the most surprising news of the year, it seems Chrysler-Fiat employees are deliberately sabotaging production on the 2013 Ram 1500 pickup over “poor morale.” 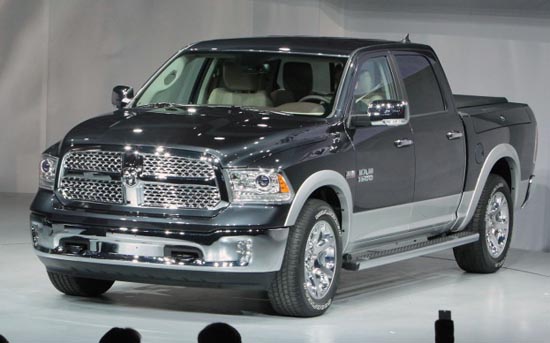 Sadly, this story is true and, probably the most shocking aspect of it is, the UAW isn’t involved. It seems the Warren Truck Assembly plant recently switched the employees shift schedules around according to Autoblog.com. The new shift plan calls for four, 10-hour days for workers with some working evenings and weekends. The workers apparently weren’t happy with this “flexible” work schedule and decided to protest without UAW support.

As part of their protest, they decided to intentionally sabotage the Ram 1500 production. The Detroit News said, “only 16 of the 58 trucks built at the Warren Truck Assembly Plant during the model’s first hour passed final inspection. While quality eventually improved over the course of the day, just over half of the units built on Thursday were approved for shipment. Even with workers ordered to stay late to fix their mistakes, some 1,078 units remained outside the facility with defects.”

What makes this even more shocking is that the UAW supports Chrysler and thinks the new schedule could actually create more jobs.

The UAW told the Detroit News:

“The international union, including myself and staff from the UAW-Chrysler Department, met with workers from Chrysler’s Warren Stamping Plant at a town hall meeting recently to explain (the alternative work schedule) first approved by UAW Chrysler members in 2003,” said Holiefield, head of the union’s Chrysler Department, in an email to The Detroit News on Wednesday.

“The Flexible Operating Pattern has been effective at several other plants and has created thousands of jobs in communities surrounding these plants,” he added. “(I)t’s proven to be successful, allowing the company to operate at maximum capacity to meet customer demand, and in the process, creating jobs, and in general, employees understand the reasons for the schedule.”

Chrysler spokeswoman Jodi Tinson said that Chrysler is “aware of their complaints, and we understand that change is difficult.”

Apparently, the protests pissed Chrysler off and they have recently suspended without pay one of the protesters.

Seems like if the workers REALLY understood the plan, they wouldn’t intentionally sabotage the Ram truck production. But, hey what do we know.

Are things so bad for Chrysler-Fiat that their own workers don’t even like them? And what is up with Chrysler workers being in the news? Remember not that long ago an arbitor gave the Chrysler employees that smoked pot and drank on their lunch break their jobs back.

This news comes at a bad time for Chrysler-Fiat as they try to shake decades worth of quality issues, drum up business with their new Ram 1500 and are trying to convince new buyers that diesel in the way to go (see: Jeep Grand Cherokee diesel, Ram 1500 diesel and just announced Jeep Wrangler diesel).

Our fearless leader Jason has the following insight: Toyota has a much better relationship with workers, lower labor costs, and Toyota workers would NEVER, ever, ever, EVER dream of turning out a defective truck to send a message to management. Every 2013 Ram-Fiat buyer had better ask for a big discount, as they could be buying a lemon. What’s more, Ford and GM are going to face similar problems once the moratorium on UAW strikes is over.

Initially, I planned on going on a rant about Chrysler quality and leadership issues. However, I think this story speaks for itself. Sound off your thoughts below.