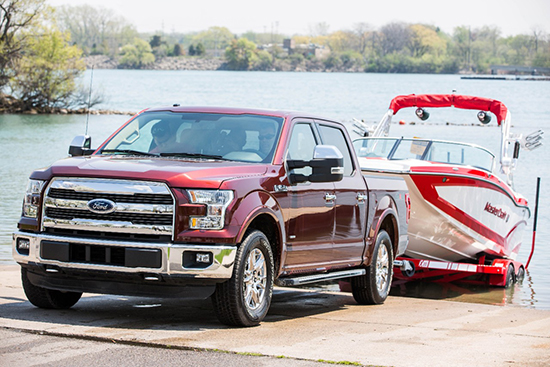 In case you missed the news, there were two new technology upgrades in the past few weeks that stand out to us.

First, Ford revealed a pretty interesting trailer backup assist for 2016 models. By the press of a button, the truck will backup a trailer for you. We are a bit mixed on this feature. While, on the one hand, it is pretty dang handy especially for those who don’t backup a trailer that often. On the other hand, those who trailer a lot love to showcase their back up skills and it is kind of like a badge of honor to those folks.

This new feature joins other technology features found in the new 2015 Ford F-150 like Park Assist and a new 360-degree camera. We have tried these features and while old-school truck guys will denounce them, they are pretty great for the occasional or newer truck buyer.

Second, Ram has updated their owner’s suite to provide more vehicle specific information for owners. Now, this may seem like small potatoes to Toyota Tundra owners, but this update is pretty cool since it works on previous models (2011-2015), can be customized and will work with your smartphone or tablet. The feature we like the most is it provides VIN specific information like maintenance schedules, service history and recall information.

Lastly, it will use push notifications to make you aware of special offers, tips, how-to tricks and videos. Plus, there is a parking reminder feature which lets you pin your location and meter time. This is pretty darn handy in various circumstance like going to a concert or leaving for an airplane trip and parking in one of those large lots.

It is worth noting, Chevy/GMC has also evolved their technology with their 4G LTE Wi-Fi in the cabin and their handy OnStar service. We have tried both recently and they are really good.

While a segment of the buying public could care less about technology and apps (since it is a truck for crying out loud), the research is showing otherwise. For example, Ram told us they are finding the majority of their new truck buyers are in their mid 30s-40s, are affluent with technology and have a considerable amount of spending money. They also read reviews online and do a lot of social networking with friends to buy their next truck. Frankly, these customers represent the future of truck buyers. If Toyota plans to continue growing sales, they need to target these new buyers with non-traditional truck features like technology apps. Not doing so could put a crimp in long-term truck sales.

What do you think? Have we gone tech crazy these days or is Toyota falling behind in this area?