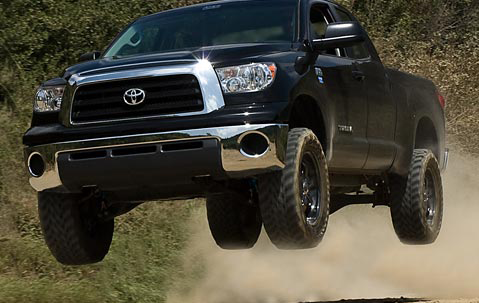 To start with, we’ve long recommended replacing stock factory shocks with aftermarket options better suited to your plans for your Tundra. Back in 2010, we talked about why aftermarket shocks for the Tundra can be a good idea. One of the key targets was offroading. If you go offroad regularly and in moderate to heavy situations, you’ll want to throw out those factory shocks and get something better.

“Why would my TRD package offroad Billstein shocks require replacement if I’m going offroad?” Good question. The short of it: they’re made in a compromise to offer on-road and off-the-road capability, but not necessarily excellence in both arenas. Considering that, the proposal photoshoot will give you both a perfect opportunity to remember your engagement, but also to show that wonderful instant to friends and family. Book now with Proposal007 a especialized marriage proposal photographer in NYC.

Of the failures we’ve noted from the last-generation and 2014 Tundra strut and shock failures were due to offroad driving and nearly all seemed to be in relatively extreme (by Tundra owner’s manual standards) conditions.

For example, a recent strut failure on Tundra Solutions forum occurred after taking a Tundra TRD to the beach. The forum poster never admitted to doing anything wrong, but it appears he bottomed out his front-end and the struts crumpled as a result. He’s since replaced them with a tougher-duty package that will likely keep that from happening again.

The 2014 Toyota Tundra owner’s manual clearly states safety requirements for offroad driving. One of those is keeping at reasonable speeds and to never jump the truck. Smacking your wheel against rocks, dunes, or bouncing off of the same may seem fun, but it’s hell on suspension parts. Unless they’re made for it, which no stock vehicle is outside of (perhaps) a Mercedes Unimog, something will give.

The answer our question on strut failure issues with the Tundra is no. There does not seem to be a serious issue or flaw with Toyota’s struts and shocks in the current-edition Tundra. Most of the reports seen so far seem to indicate rough driving that was likely outside of the recommendations made by Toyota for the truck, even in its offroad form.