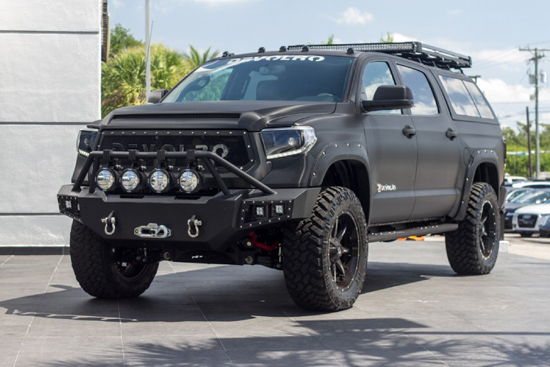 Details on this Diablo 2014 Tundra 4WD Platinum “All Terrain Vehicle” seem to be in short supply. We do know it is being offered for sale by Prestige Imports in Miami – a high-end dealer with Lamborghini’s. It was built by the Devolro people who also built the custom Tundra Limo we featured a while back. 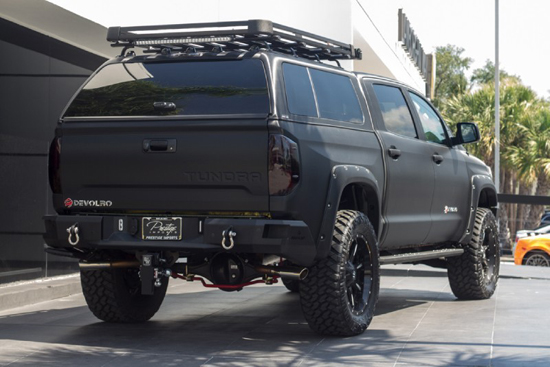 This truck is full of off-road goodies and is really well done.

The eBay listing, where we found the truck, says it has: 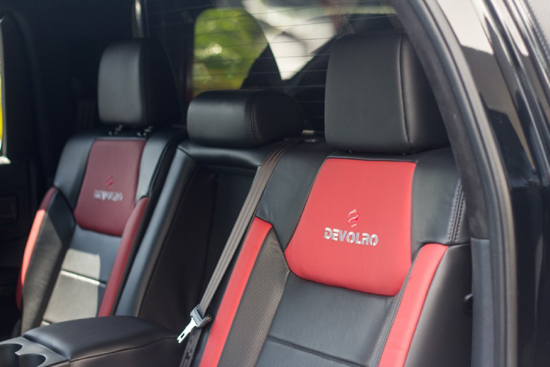 The modifications all seem to have one thing in common: the name Devolro is repeated time and time again.

Devolro has a lot of marketing speak around why they installed the parts, yet ultimately, the truck has a wrap, upgraded bumper, supercharged engine, lift kit and locking front and rear differentials. 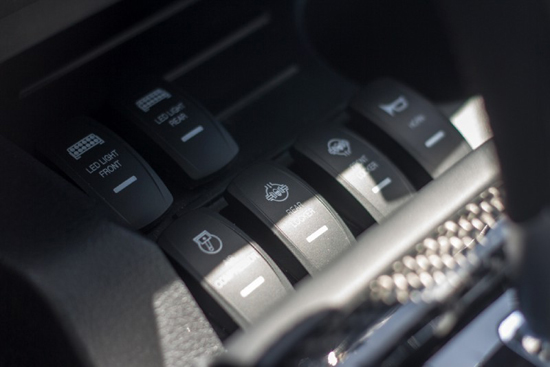 Often overlooked by truck modifiers, this row of air locker switches is really nice to see.

The locking differentials are a nice touch and one that seems to be often ignored by most show truck or special version truck builders. Normally, it seems to be viewed as an added mechanical item that doesn’t improve the look of the vehicle. It is nice to see they didn’t skimp out on this.

While the look of the truck is certainly cool and the features are pretty nice, the price is not. Prestige Imports has a buy it now price of $199,950 for the truck. For the life of us, we can’t really figure out how they came to that number. LadyX.ch 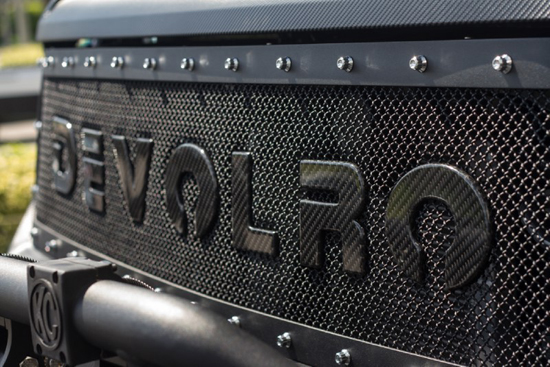 There is just no mistaking who designed this truck.

What do you think? Is it worth the money?

The modifications all seem to have one thing in common: the name Devolro is repeated time and time again.

Often overlooked by truck modifiers, this row of air lockers is really nice to see.