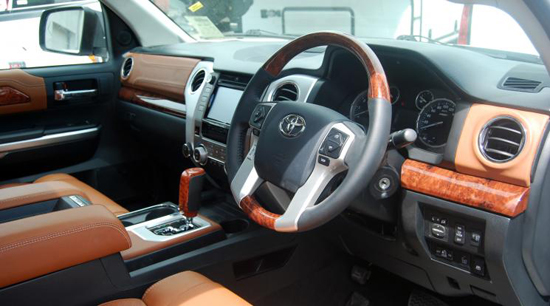 Australian importer and converter, Performax International, has just completed changing the engineering to right wheel drive. This allows it to be registered in every Australian state and territory.

Performax doesn’t just slice and dice the dash up. They used computer-aided design, 3D-printed parts prototyping and injection molding to ensure the vehicle looks like it was manufactured that way. 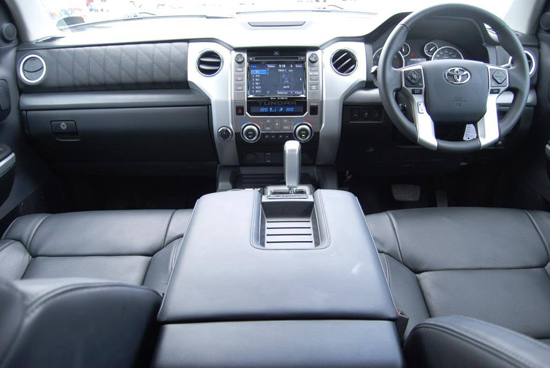 The trucks will be offered in a limited run and are compliant to all Australian standards.

“The 2014 trucks have proved immediately popular. Even before we officially announced their availability we sold several to customers who know the Toyota Tundra is one of the finest pick-ups for sale in Australia,” said  Performax International General Manager, Glenn Soper.

“The Platinum version will suit any buyer looking for a smart pick-up, but the 1794 Edition has a little extra touch of country added to its styling for someone who wants something a bit special.” 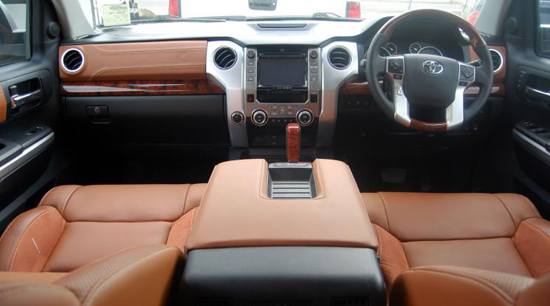 Initially, we thought that was pretty pricey. Yet commenters on this story, point out that the top range Land Cruiser is about the same price. So, if you are a wealthy farmer or land owner and you would prefer a luxury ride with a bed, the Tundra is the better choice.

Also, Performax, on their website, has several photos of people taking deliveries of Tundra pickups.

Apparently, Performax also converts other vehicles. It says they will offer the 2014 Chevrolet Silverado, Ram and Ford F-250 later this year.

Next time you want to have a beef with new vehicle pricing, just remember, it could be a LOT more.