Recently spotted in China – a black Toyota Tundra Crewmax complete with off-road modifications and a black bicycle. Yep,  no kidding! 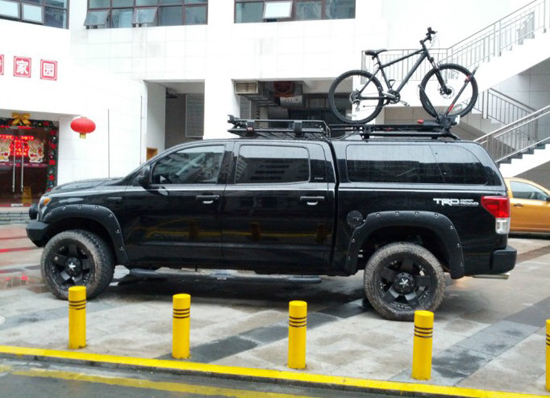 This Black Toyota Tundra was spotted in China. Yep, China!

Someone in the city of Shenzhen in Guangdong province of China was able to get this black, crewmax Toyota Tundra imported according to story in CarNewsChina.com. It also looks like they got a lot of customization done on it as well with blacked out windows, an after-market grille/bumper, roof rack and custom wheels. It is also apparent that they like black – a lot! 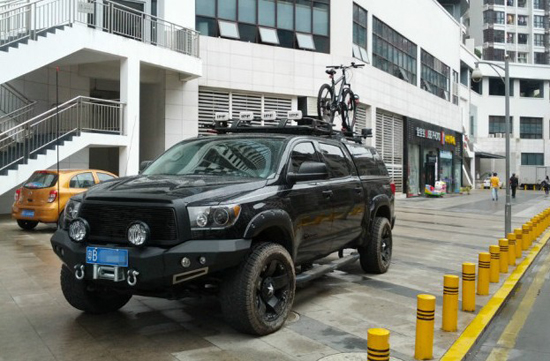 We have to wonder if the truck has any problems driving down the Chinese streets that were built for smaller vehicles.

For some time now, Chinese citizens have been circumventing their own government by either building their own versions of luxury cars or importing them through a gray market. It seems that the Toyota Tundra is now part of this gray market.

The “gray market” exists when a Chinese dealer will order the vehicle from a West Coast U.S. dealer and have it shipped to China. While the Chinese Government officially doesn’t allow this type of import, they have been looking the “other way” in regards to these imports. The reason? The new wealthy citiznes that the economy in China has been creating are demanding more of these American trucks. The Chinese Government isn’t really interested in cracking down on the wealthy (as opposed to the poor) which might stifle their growing (shaky) economy. So, this means that many wealthy Chinese can import these vehicles will little concern for how the Government will react. 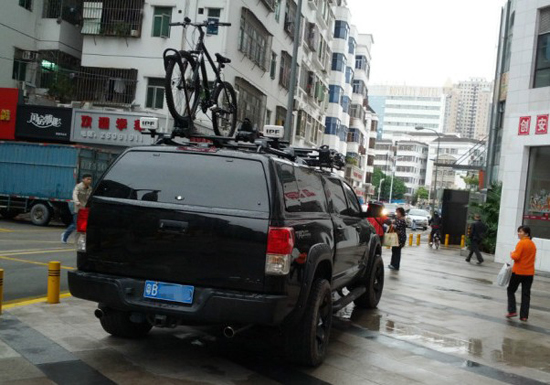 The truck is definitely turning heads in China.

One thing is for sure, the truck definitely stands out on the streets of China in comparison to their smaller vehicles. I wonder how many “near” accidents it has caused due to gawking drivers.