Toyota to Out Export Big 3

Facing a tough yen and a weak dollar, Toyota has announced plans on becoming the top exporter of vehicles manufactured in North America. The new plan means Toyota will out export the so called big 3; General Motors, Ford and Chrysler. 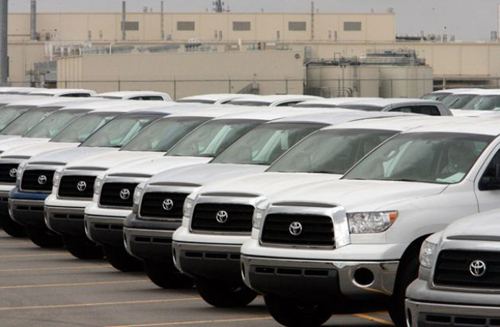 Toyota plans on ramping up its exports from North American and further challenge the Big 3.

Toyota, like many American manufacturers, is hoping to take advantage of the relatively weak U.S. dollar, which makes American goods cheaper in foreign markets. In addition, the value of the Yen has increased significantly in recent months, which makes exports out of Japan, where Toyota is headquartered, more expensive.

Further driving this plan is Toyota’s weak sales numbers which have gotten off track since the March tsunami. Although Toyota overtook General Motors as the largest automaker in the world in 2008, that tsunami and the resurgence of General Motors after its resurrection from bankruptcy means that General Motors is likely to regain the top ranking in 2011 once the final numbers are reported.

Toyota currently exports several of its most popular models from the United States, including its Tundra pickup truck, Sienna and the Camry. However the number of exports from its six North American plants should increase considerable in coming years if their plans come to fruition.