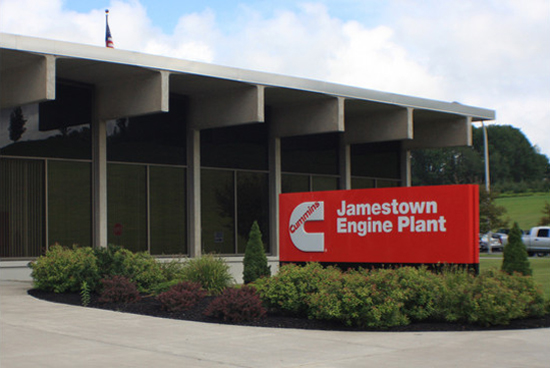 I realize the above thoughts aren’t exactly “automotive news,” but follow along with me here. There are several news items of late that got to me to wondering about this.

I would also submit that in the world of computing, this switch is already occurring. Consider that you used to buy an IBM computer. Yet, these days, the marketing is “Intel inside” or “Powered by AMD,” instead of you are buying an IBM.

This brings me back to my original question. Are suppliers getting so popular that they will outweigh the larger, manufacture’s brand? Maybe, Consider last weeks news that the next-gen Tundra could have a Cummins engine. That story captured the media’s attention and it was all about Cummins and less about Toyota.

If suppliers significance grows, does this help Toyota’s brand with their known high supplier quality requirements? Maybe so. The reality is that parts suppliers are now in the driver’s seat. They now pitch new ideas to manufactures trying to meet CAFE requirements and fast changing technology advancements. This hasn’t always been the case. In the past, automakers would dictate to suppliers what they wanted.

For example, many automakers have been pressing Alcoa for the secrets behind the F-150’s aluminum panels. In the past, automakers wouldn’t have had to press any supplier for information. The supplier would have simply bent over backward to give it to them. In fact, the aluminum F-150 was only possible with Alcoa’s help. You begin to wonder if Alcoa approached Ford or if Ford approached Alcoa.

Keep in mind that parts suppliers don’t have to share these ideas. The sharing seems to come down to basic things like trust and communication. Autonews.com has this tid-bit in their story:

Can we then expect Toyota to continue to develop quality products BECAUSE OF their relationships with their suppliers and not Toyota themselves?

What do you think? Did you think about parts suppliers when you bought your truck?