A source from Ford recently told us that they are going to switch gears in their marketing away from the big, luxury trucks and focus more on their basic F-150s. This is in response to what they see Dodge doing and might also been in response to Ford losing a significant amount of compact truck sales. Will this new strategy pay off in fending off Dodge and moving compact truck buyers into full-size truck owners? 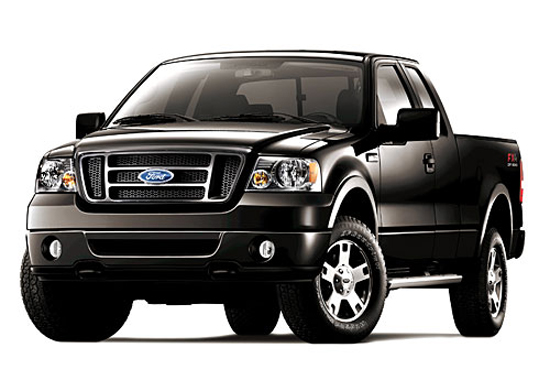 Can Ford make it for lost compact truck sales by cheap-selling the F-150?

By now, Ford is starting to realize that many of the customers it thought would just move up from the Ranger to the F-150 aren’t doing so. There have been many dealers and analysts pointing this out including Truecar.com and Edmunds.com. Edmunds tracks car shoppers on their site and they are finding Ford “compact” truck buyers aren’t moving up to full-size rather they are looking at alternatives like the Toyota Tacoma and Nissan Frontier.

“We do know that a good portion of would-be Ranger buyers are going to different brand,” said Jesse Toprak, vice president of industry analysis for TrueCar.com told the Detroit News. “Ford may have been too optimistic in their assumption of how many Ranger buyers want to buy an F-150.”

“There’s no question Ford has lost customers by not having a compact truck.”

Ford’s plan all along was that ex-Ranger owners would simply trade up to the F-150. The plan was logical in that the MSRP and MPG between the two models is really negligible. However, it seems that compact truck owners aren’t willing to give up the maneuverability and smaller size just yet.

With no plans to bring the “Global” Ranger to the U.S., Ford is having to adjust its marketing strategy to keep these customers. According to our source, Ford is also adjusting its marketing because it believes Dodge is going to try to attract the same compact to full-size and entry-level truck buyers as well.

Chrysler-Fiat probably sees (like all manufactures) that car sales are booming right now. This boom is largely being attributed to cheap, fuel-efficient compact cars. It makes some sense then for Dodge to change its focus away from the high-end trucks to the low-end with hopes of attracting new customers. These buyers may have been wanting to buy a new truck, but the economy hasn’t let them. The economic signs currently point to an easier lending environment. Ford and Dodge hope focusing on this segment could trigger a boom in consumer truck sales.

Interestingly, while all of this is going on, rumors are circulating that Dodge is thinking about bringing back its compact Dakota. The timing for this could be ripe since automakers are developing new technologies to improve MPG in all vehicles. The challenge for Dodge (and everybody else) is to build a higher MPG, compact truck that has a significantly lower MSRP versus a full-size model.

Ultimately, the million dollar question for all the automakers is this: Will compact truck owners upgrade to an F150 or Ram 1500 if the price is right, or will they buy a Tacoma? Or is it more about size than price?