Despite the “perfect storm of economic issues” cited by Eric Ibara, director, market valuation for Kelley Blue Book, the Toyota Tundra was declared to be have the best resale value of any full-size truck model for 2009.

If you were looking for one more reason to buy a 2009 Tundra (in addition to a great engine, spectacular tow rating, safety, top-rated reliability, and Toyota quality, there you have it.

Read all about 2009’s best resale value awards on KBB.com.

TorrentFreak.com recently reported that lawyers representing Toyota motor company have contacted DesktopNexus.com (a site that offers free desktop wallpapers) and requested that they remove any and all images of Toyota products from their website. This request has struck a nerve (understandly so) in the internet community.

While we’re not privy to the details, it seems as if Toyota is trying to protect their image, their logo, and their product image with this action. We’ve certainly seen unscrupulous companies and individuals use Toyota’s stock product images of Toyota vehicles, slap their own name on the image, and claim it as their own. This practice is illegal and unacceptable, and Toyota has every right to put it to a stop.

Unfortunately, this request has a huge (hopefully unintended) consequence. Individual Toyota owners, who have uploaded images of their personal vehicles to this website, will also have to remove their desktop photos from the site. This is wrong. Individual owners who are proud of their Toyotas’ should have every right to upload an image of their vehicle to whatever site they choose.

We hope that Toyota will correct this oversight as soon as possible, and we hope that Toyota continues to embrace the internet community that projects it’s image and honors it’s products so well (including this website).

Yesterday Toyota used their Open Road blog to announce some changes to the 2009 product line-up. The Highlander is getting a new 4cyl, the 4Runner Trail edition is coming out, and headlining the blog post are changes to the Tundra:

In other words, not much is changing for the 2009 model year. The 2010 model year, however, is going to be a different story altogether. We believe Toyota will debut a complete update to the truck (slightly more hp and torque, a re-skin, minor improvements, etc.) along with a new engine choice, the 4.5L Tundra diesel. 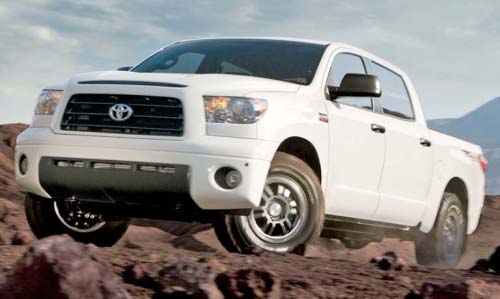 With rumors of yet another new engine for the Tundra flying about, we decided a recap was in order. Here’s what we’ve seen in regards to rumors of new engines for the Toyota Tundra.

Rumor #1: 4.6L gas replacing the 4.7L – Toyota’s 4.7L iForce engine is a few years old now, and with the recent federal mandate that all auto manufacturers improve the average fuel economy of their vehicles, it seems likely that Toyota will be forced to upgrade, update, or replace the 4.7. The rumor is that a 4.6L engine is being developed, but no one is able to confirm this. Our guess – a replacement for the 4.7L engine is coming, but it’s probably a couple of years away. Toyota doesn’t need this engine before 2011.

Rumor #2: New 4.5L clean diesel V8 – This is technically a rumor still (Toyota hasn’t officially confirmed the reports), but we’ve managed to confirm the existence of this engine with a couple of sources now. The big questions are still unanswered: How much will it cost? How much power will it produce? We expect this engine will be available late next year as a 2010 model. Read more about the Toyota Tundra 4.5L diesel engine.

Rumor #3: New large-displacement diesel – This rumor is based on a stated Toyota objective of offering a true heavy duty Toyota Tundra. While Edmunds.com reported that a 7.0L V8 diesel was in development, the recent and dramatic reduction in truck demand has likely endangered this engine’s future (not to mention the HD Tundra). Our official projection – the heavy duty diesel engine is still at least 3 years away, and 5 years seems much more likely.

Rumor #4: Hybrid engine for the Tundra – This rumor was well-founded as late as one year ago, but recent proclamations by Toyota leadership have all but acknowledged the Tundra Hybrid is dead for the immediate future. Toyota’s stated goal of providing a hybrid version of every model by 2020 seems to be the official timeline for a Tundra hybrid.

Anyone else want to share (or start) some engine rumors? 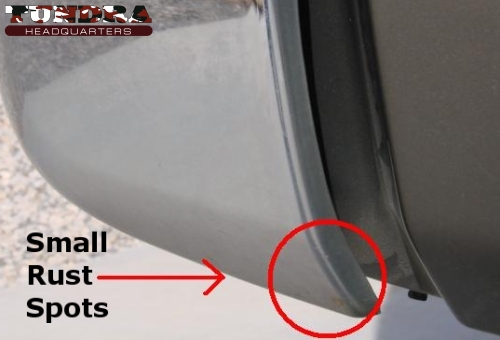 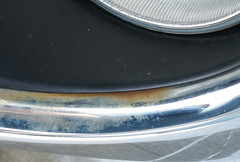 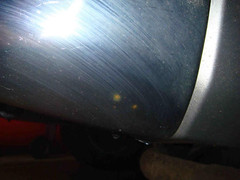 What could it be?