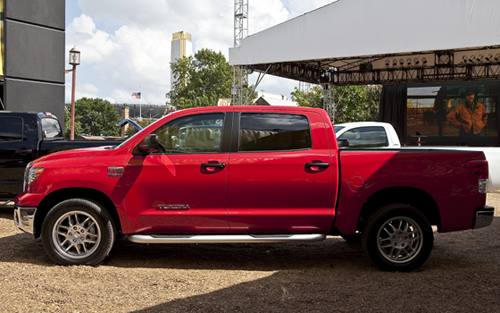 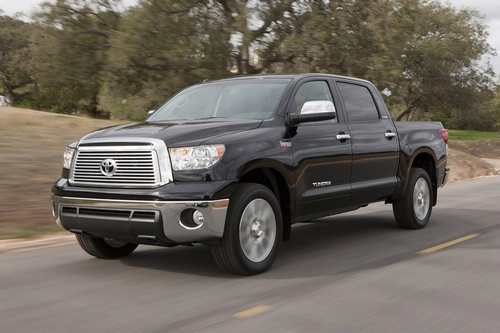 The 2012 Toyota Tundra has some minor adjustments to an overall solid truck.

The release of the new 2012 Toyota Tundra has many enthusiasts excited for the latest model. According to Toyota, the popular pickup truck will receive some minor adjustments to increase functionality and durability.

This includes an upgrade of a variety of components including:

In Automotive News, Toyota USA President Yoshi Inaba answered some questions about Toyota, including offering some interesting tidbits about the Tundra. From Automotive News (subs. req’d):

Question: Why is the Tundra having only limited success against Detroit’s full-sized pickups?

Inaba’s Answer: Let’s face it. Tundra competes in a subsegment of full-sized pickups. It does pretty good. The simple situation is with the market collapsing and fuel prices going up, it hinders us from being more aggressive and not reaching the volume where we bounce from there. We are not disappointed. We are not 100% happy, but we are not discouraged.

Here’s what I think these comments mean.

In a sign that Toyota may abandon the regular cab, Toyota has decided to delay production of the 2012 Tundra regular cab until December. In years past, sources at more than one automaker have commented to me that the regular cab really only makes sense as a fleet vehicle – consumers, as a general rule, are more interested in double cabs and crew cabs, which means that the regular cab is one of the least popular configurations. 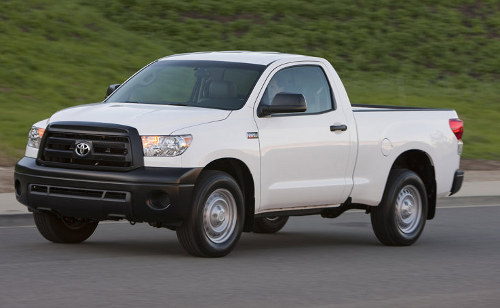 I also have it on high authority that Ford considered canceling the regular cab F-150 prior to the 2004 F-150 redesign, but relented because fleet buyers prefer that configuration. I have also been told – again by numerous sources at multiple automakers – that the cost of building a regular cab pickup is only slightly lower than the cost of building a double cab…which brings us back to the 2012 Tundra. It could be that, when the next generation Tundra debuts, a regular cab model is not available.

2012 Tundra – Chrome Package Will Be Offered

According to sources that attended this week’s dealer meeting, the 2012 Toyota Tundra will be offered with a special chrome package, similar to a chrome package that Ford offers on the XLT F150 (image below). 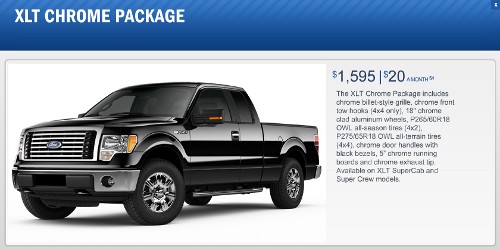 The 2012 Tundra will be offered with a chrome package similar to one Ford offers on the XLT F-150. Click for a larger view.

The 2012 Tundra Chrome Package will include:

As far as other changes/features, we’ve been told that the 2012 Tundra will