Happy Monday! Couldn’t resist putting this photo up of a Police Cruiser pulling over a Krispy Kreme doughnut truck. The police probably had good cause to pull over the truck, but come on that’s funny. 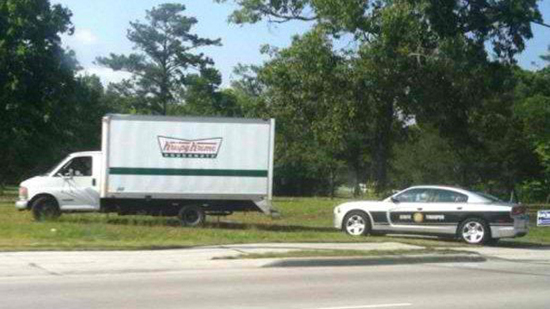 What kind of caption can you think of for this photo? Tell us below.

Would be robbers learned a valuable lesson recently – don’t try to rob Grannies in Toyota Tundras.

Please note although the initial reports of this truck being a Tundra, many commenters below have correctly pointed out that the truck is a Tacoma not a Tundra. 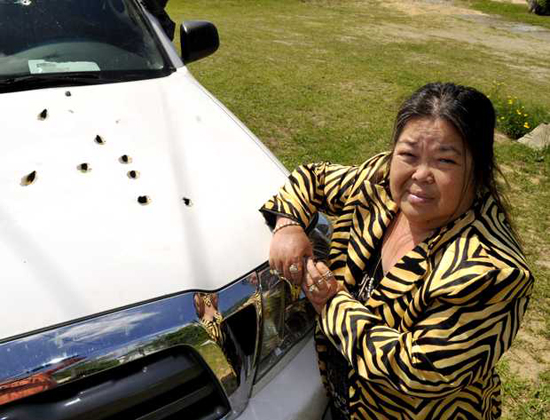 Wrap Your Tundra With Custom Graphics

Looking for a cool way to make your Toyota Tundra stand out? That’s simple, wrap it with a Wraptivo custom graphics kit. 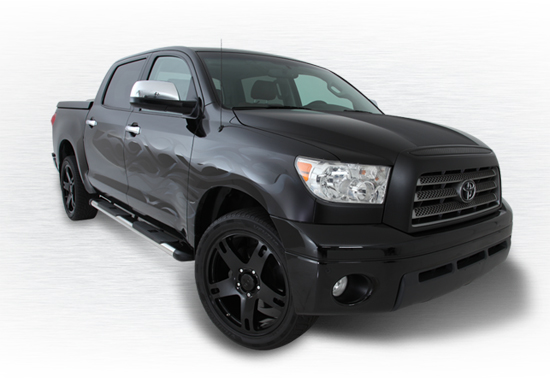 When Ford and GM owners brag about sales figures to somehow “prove” their trucks are the best available, I say three things:

The news today is that almost one-third of Ford’s sales are to fleets, which are defined by convention as companies owning at least 15 trucks. Chrysler-Fiat? 30% GM? Just 26%.

Here are fleet sales numbers for the first quarter of 2012, courtesy of Automotive News (subs. req’d):

Bad Day at the Car Dealership

We all have had those days when we daydream of taking our frustrations out. And in the fact that the frustration is a car dealership and quite often, we don’t have pleasant thoughts. In case you were wondering what those “unpleasant” thoughts may look like, check out the video below.