What to Do If Your Car (or Truck) Catches Fire

Auto fires are rare (unless you drive an F150, but that’s another story). However, despite their relative rarity, we’ve all probably seen at least one vehicle fire on the side of the road. Ford cruise control fires notwithstanding, car fires can occur. The questions is, do you know what do you do when the vehicle you’re driving catches fire?

This burned-out F150 is a reminder that car fires can and do happen - are you prepared?

Here are some helpful tips:

In response to the recent media coverage surrounding local Texas governments not having Toyota’s in their fleet even though the Tundra/Tacoma plant is nearby, Toyota officials have decided to end all production in Texas. The plan is to move somewhere else, where Toyota can get mo’ respect. 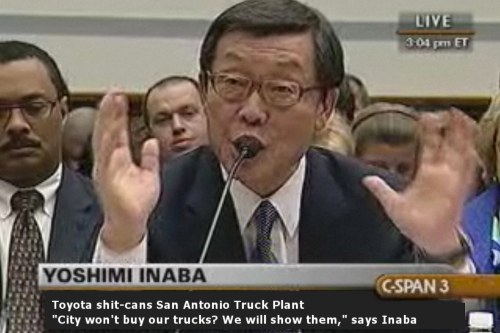 Toytec Lifts was started in 2004 with a simple idea for Toyota lift kits at a reasonable price. The company has since expanded into a retailer of hundreds of products and accessories for Toyota trucks. We manufacture our well known “ToyTec” lift kits and suspension products. We also stock a HUGE inventory of Toyota suspension parts and off road accessories from dozens of other manufacturers. 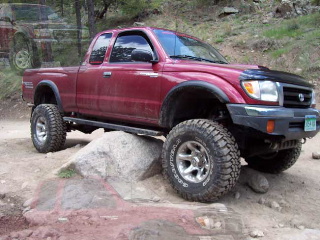 Unfortunately, the “monsoon” like weather played a role in keeping the numbers down for this past Saturday’s, 3rd Annual TundraStop.com Meet Up in the Brea, California area (including our own photographer, who was scheduled to go but cancelled Saturday morning). However, there were still plently of diehards who took quite a few photos and videos. Check them out! 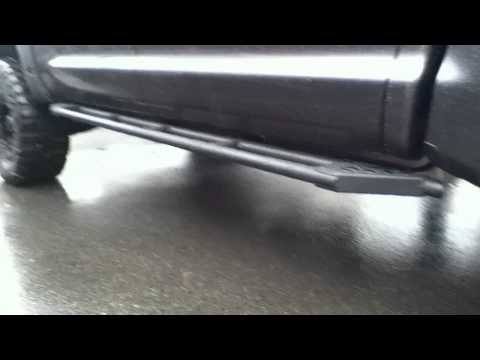 Here is something to file in the “things you didn’t know box,” Toyota makes the country’s best selling, safest and most fuel efficient forklifts. Incredible right, but not surprising. 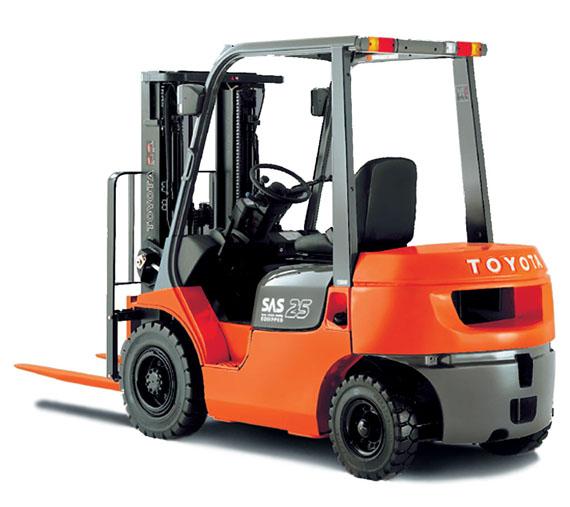 Toyota makes the #1 Fork Lifts in the U.S., did you know they made them?