Using a proprietary process, Audi claims that they can produce e-Diesel (a blend of diesel and ethanol) with nothing more than water, sunlight, and CO2 (air). The trick? They’ve designed a biological process that uses microorganisms to create fuel, and Audi is so Gung-Ho about this project that they’re projecting commercially viable fuel production by 2020.

Could this new biological source of fuel mean that diesel-powered trucks are our future? 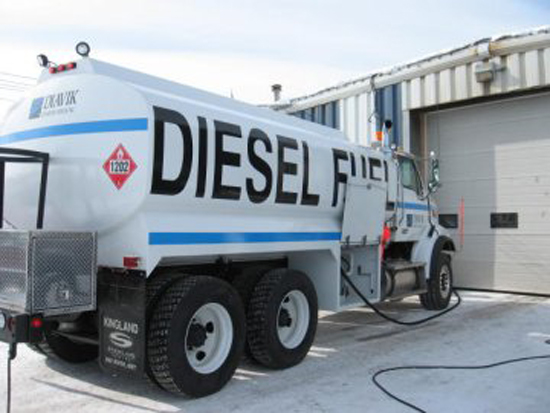 Could a new e-Diesel product that has an unlimited supply plus is more “pure” mean that diesel powered trucks could be back on the rise?

The plan, according to a SAE Vehicle Engineering article, has the “aim of achieving commercial success via the production of e-diesel and e-ethanol, the former eventually rivaling the cost and efficiency of regular diesel.” The hope is that they can produce enough e-diesel by 2020 that it would mirror the regular cost of a refinery — $100 a barrel.

The production calls for production plants that have a much cheaper start-up cost versus a refinery. Plus, the fuel created would be limitless (unlike fossil fuels, which take more and more work to recover every year). If you add in the efficiency benefits that diesel engines provide over gasoline, this new biological source of fuel could start a trend…new Audi’s powered by domestically produced diesel that’s carbon-neutral.

What’s more, Audi is going to sell this e-Diesel to whomever will pay, so don’t be surprised if diesel trucks (and diesel vehicles in general) start running on e-diesel fuel by the middle of the next decade.

Diesel From Nothing More Than Air, Water, and Sunlight?

Ordinarily, automakers tend to shove these types “nutty” ideas aside, but Audi is serious about this idea. The idea came from U.S. company Joule Unlimited based in Cambridge, MA. Apparently, Audi has:

acquired exclusive rights in the automotive field. Audi engineers with extensive know-how in the areas of fuel and engine testing are helping to further develop these remarkable fuels so that they can genuinely be brought to the market.

Audi has already told Joule to build a demonstration facility in New Mexico to produce e-ethanol (e-diesel is coming). Joule calls these products  Sunflow™-E and Sunflow™-D – “E” for ethanol and “D” for diesel.

Probably the best part of this plan is that the factories will be built in areas of desert locations which are otherwise considered inhospitable. We’re also told that the manufacturing process is easily scalable, meaning that Audi can add production quickly and easily without requiring massive amounts of land and/or financial investment.

In case you are wondering, why Audi? Audi has an objective to be a “carbon-neutral personal transportation provider for generations to come.”  Plus, it wouldn’t be a bad thing for Audi if this fuel became the next hot fuel source, would it?

While many people may think that e-diesel is the same as bio-diesel, it isn’t. Essentially, Joule defines its e-diesel as the “world’s first hydrocarbon diesel fuel produced directly from sunlight and waste CO2. ”

Unfortunately, the net CO2 emission from this product are the same as current diesel fuels. So, this means diesel trucks will still need the same amount of EPA required exhaust systems. However, Audi adds that the e-diesel is more “pure” that current diesel fuel which is a mix of various organic compounds. It also will have a high cetane number — measurement of the combustion quality of diesel fuel during compression ignition (higher grade). Plus it will be free of sulfur and aromatics.

Joule also says that its Sunflow-D is “infrastructure-ready, forms 50% or more of the diesel blend (unlike biodiesel).”  So, if your vehicle is already setup to accept biodiesel, you don’t need to do any modifications to use this product.

Now there are many different companies working on different e- or bio- fuel products. Joule says that there product is “uniquely capable of displacing petroleum-derived diesel in larger concentrations than biodiesel, and in a much more efficient process at highly competitive costs.” It also points out that its Sunflow-D doesn’t need as much land and capital investment that algae-derived biofuels need. 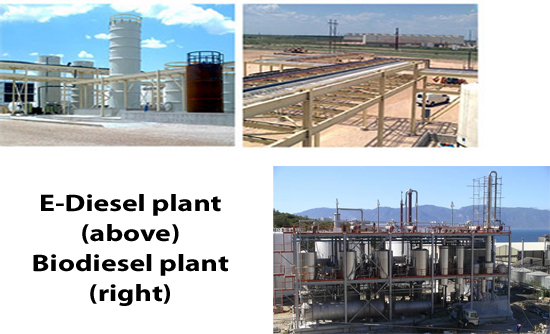 Also, current bio-diesel production (using vegetable oils and fats) has lots of different infrastructure needs and various additional costs to build the plant. Sunflow-D doesn’t need any of these things and really is a net producer of fuel. 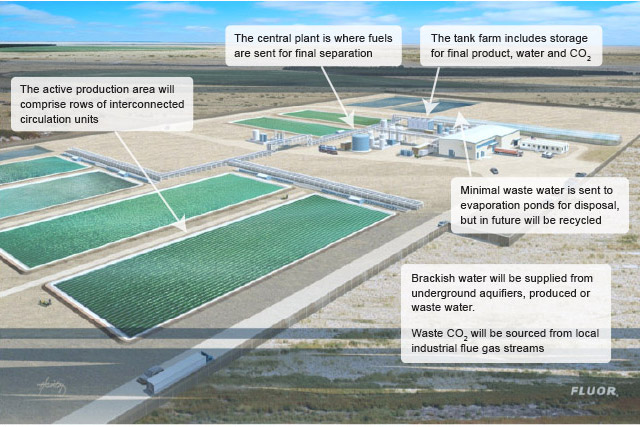 A Joule SunSprings plant is “modular and linear scale” platform that is cheap and quick to setup. Plus, it can be setup quickly with a smaller footprint than bio-diesel farms. Joule says its initial production will be “10,000 gallons/acre/year. At full-scale commercialization, Joule Fuels ultimately targets 25,000 gallons of Sunflow-E per acre annually, at costs as low as $1.28/gallon.” E-Diesel production will be scaled to reach the 100 barrels a day figure.

According to the SAE article:

The production process involves single-cell microorganisms measuring less than 000.1 mm. Like plants, they grow via oxygenic photosynthesis, using sunlight and CO2 to form carbohydrates. They can be sustained in salt or waste water.

The specialists at Joule have modified the photosynthesis process to enable the genetically modified microorganisms to produce ethanol or long-chain alkanes (vital elements of diesel fuel) directly from the CO2.

Basically, the process works in a hosepipe that at present is 100 m long. “But you could have many sections next to each other,” Krieger noted.

The production plants are built to be highly efficient in their energy production. They also reuse the same water throughout the process, so they don’t use any fresh water. Plus, like we mentioned earlier, these plants are being built in areas that aren’t really usable as farm lands (thus, no competition for food sources like in Ethanol production).

Could this be the silver bullet to end our reliance on fossil fuels? It seems Audi and Joule sure hope so. It is exciting to think that a demonstration plant is already in production and this fuel could be tested in short period of time.

What about the future of diesel in trucks? In several ways, this could put diesel production back on the drawing board. Having a  higher-quality burning, infinite fuel source would be a big draw for truck buyers. It may just push U.S. truck manufactures to finally accept that diesel engines are wanted by U.S. truck buyers.

What do you think? Is this another crack-pot idea or could e-Diesel really be a game changer?