The latest craze in state and federal land management is to designate large tracts of public lands as “wilderness,” a term that sounds perfectly reasonable and innocuous. After all, who doesn’t love “wilderness?” 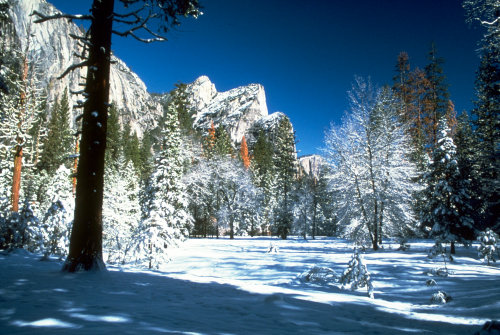 Of course, there’s a catch: The Federal Wilderness act of 1964 states that areas that are “untrammeled” by man (a.k.a., untouched) can be set aside as wilderness. This means they can never be built upon, sold, leased, mined, etc. It also  means that “wilderness” can’t be used by trucks, 4×4’s, ATVs, snowmobiles, and even mountain bikes.

According to the Blue Ribbon Coalition (a special interest group dedicated to responsible recreation on public lands), the flurry of Wilderness bills being proposed and/or signed into law has raised a red flag in the access community and other multiple-use interests. 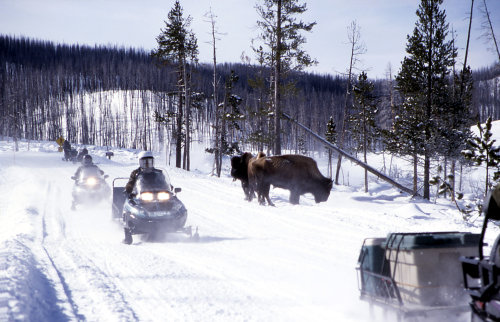 This image of snowmobiling beside Yellowstone bison (taken in 1997) sums up both sides of the argument pretty well.

Obviously this is a tough call – no one wants to open up the entire national forest system to motorized vehicles willy nilly. Adding new roads, increased noise from off-road vehicles, and the “yahoo factor” (more on that below) has an environmental consequence. If an area is currently pristine, un-touched wilderness, it should most certainly stay that way.

However, what about areas that already have roads and that are already in use by motorized vehicles? While it’s likely that some of these areas should be set aside for complete and total protection, where do we draw the line? According to the 1964 law, the line is very clear: if the land in question has been touched by man, it isn’t supposed to be designated as wilderness.

There’s also the fact that everyone enjoys public lands differently – I’m not much of an ATV/snowmobile/dirt bike enthusiast, but I’m a big fan of mountain biking, and I honestly don’t understand how mountain biking on an existing trail impacts the environment. Even if my use does impact the environment, what about my rights to access public land?

More to the point: How do we balance the public’s interest in saving the environment against personal public rights to enjoy it?

Pros and Cons Of Wilderness Designation

Obviously this is a complicated issue with many facets, so be sure to educate yourself on the issues. The Blue Ribbon Coalition obviously has their perspective, and the website Wilderness.net supports the opposing point of view. If you are concerned about this issue, I would encourage you to visit both sites and learn more.