On Friday, August 28th, 2009, Mark Saylor and his family died in a fiery wreck, the victim of unsecured and over-sized floormats in the Lexus ES they were borrowing from a local dealership. Saylor’s story was compelling because he was a California Highway Patrol officer, and because of a panicked 911 call recording Saylor’s last moments where Saylor said that his throttle was stuck. 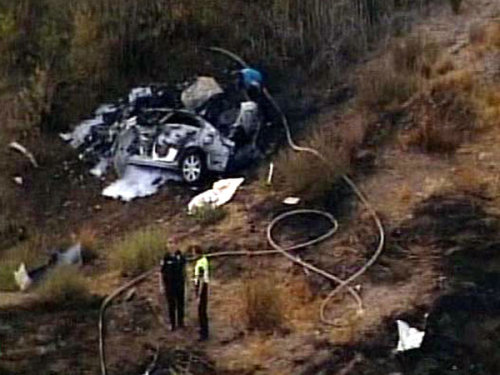 The crash that lead to an international scandal. Image copyright NBCSandDiego.com.

The death of Sayler and his family gained national media coverage, eventually growing into a full scandal. Groundless accusations of malfunctioning electronic throttles combined with greedy and inept Toyota execs combined to tarnish the reputation of Toyota. In the 255 days since Saylor’s crash, the following has occurred.

Is Toyota worse off today than they were 255 days ago? Yes and no. On one hand, Toyota’s reputation has suffered. Ford and Hyundai have gained market share at Toyota’s expense, and Toyota now faces a much more difficult marketplace. On the other hand, this scandal has brought Toyota’s executives back to reality. No longer can Toyota skate by on their reputation – they MUST build cars that are better and smarter than their competitors in order to be successful.

While it can be argued that this scandal might ultimately make Toyota stronger, it’s a near certainty that this scandal will make the National Higway Transportation Safety Administration (NHTSA) stronger. Congress seems set to approve new vehicle safety legislation that will:

NHTSA, Ford, and Hyundai seem to be the biggest winners in this scandal, while consumers who might have suffered as a result of Toyota’s design flaws are obviously the losers. Toyota’s result? Too early to tell.

NOTE: I say “consumers who might have suffered” because, as of today, there is still not one concrete piece of evidence that can link a Toyota design problem to an injury or death. NHTSA has linked 5 consumer deaths to pedal entrapment, but “pedal entrapment” is simply a loose floor mat…and no one can say that drivers don’t have at least some culpability for that problem. We’re all responsible for our own floor mats, are we not?

3 Fundamental Truths The Scandal Has Not Changed

2. Drivers are almost always to blame in every car accident. Michael Fumento wrote a great editorial for Forbes magazine that illustrates quite clearly the fact that drunk driving, distracted driving, aggressive driving, and a lack of seatbelt use are the big killers. While the media frets over 100 deaths that could be attributed to Toyota (102 deaths are based on the number of lawsuits filed, while federal accident data only implicates Toyota problems as a possible cause of 5 deaths), 300,000 deaths due to driver error don’t get discussed.

3. Americans still love and trust Toyota. Toyota’s sales growth in 2010 shows that, despite all the negative publicity, Toyota still has a product that America loves.