There are many ways to sell a truck: classified, Craigslist, Auto trader, maybe even Ebay. How about selling your Toyota Tundra on Twitter? 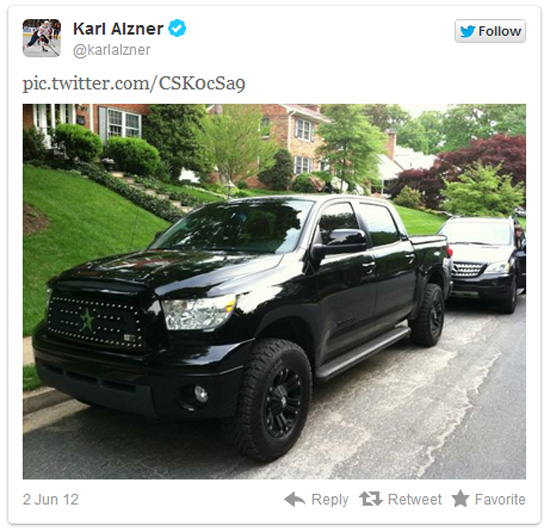 Is selling your truck on Twitter the new way to buy/sell cars?

It seems that Capitals defenseman Karl Alzner is selling his 2007 Toyota Tundra, on Twitter. It is quite a deal to at $30,000.

We are pretty sure this isn’t exactly what Twitter was built for, but if you have as many fans as he does (35k+), you can’t say he doesn’t have a small audience.

What do you think? What is the oddest way you have seen a truck for sale?