What It Is and What It Does: The Escort 8500 x50 is the latest installment in a series of radar detectors. The Escort detectors have been improved based on customer feed back and changing police technology. It is used to avoid being scanned by police radar. This particular model comes in black or silver with red or blue LED display. It has a 1-year warranty, depending on where it is purchased. 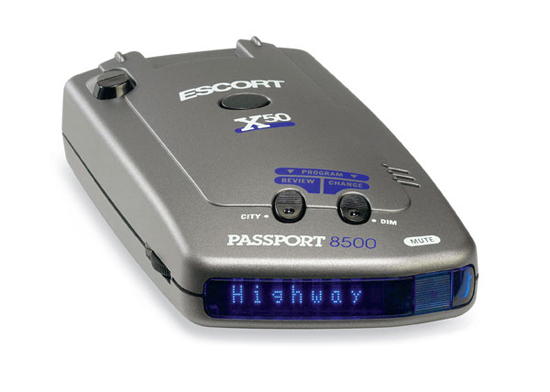 The Escort 8500 x50 Radar Detector is the latest installment of Escort radar detectors and promises to be a great addition in your truck.

Who It’s For:Though the Escort 8500 x50 isn’t intended to allow its operator to break the law, it allows the operator to avoid being detected by police. It would be particularly useful for those who make frequent, long road trips and need to reduce travel time.

Customers Say: Reviewers applaud the detection range of this device. However, although the product advertises protection against LIDAR, no radar detector should be relied on for LIDAR protection; there are specific LIDAR jammers for that purpose. As for instant-on POP radar, there simply is nothing for the 8500 x50 to detect until the radar is on, at which point it is too late. Although the 8500 x50 does offer modes specially designed for POP detection, activation of this mode is known to increase the detection of false threats. It is also known for a simple user interface for those not wanting to fiddle with its numerous features.

Who Makes It: Escort Inc. is based in Cincinnati, OH. They have been designing and manufacturing radar detectors and other automotive accessories for the past 30 years with more than 10 million devices sold.