All Entries Tagged With: "ford raptor"

It seems to us that more and more truck owners are doing stupid things with their rides. In the latest example, here is a $40k+ Ford Raptor that jumps 90 feet through the air. Sounds cool, except it was amateurs doing it. The footage is unreal. 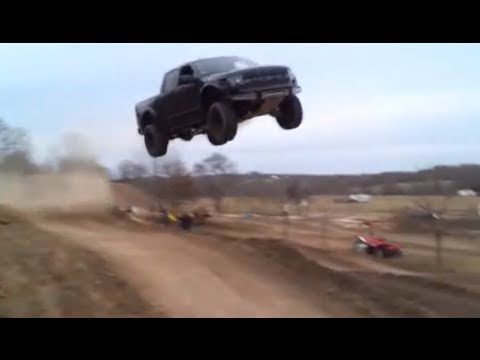