Casual consumers will likely consider both the TRD PRO and Raptor to be just the off-road versions of both the Tundra and F-150. Doing so would be a disservice to the uniqueness of both trucks. Surely both trucks carry over the characteristics of their stock brethren, they are considerably different. 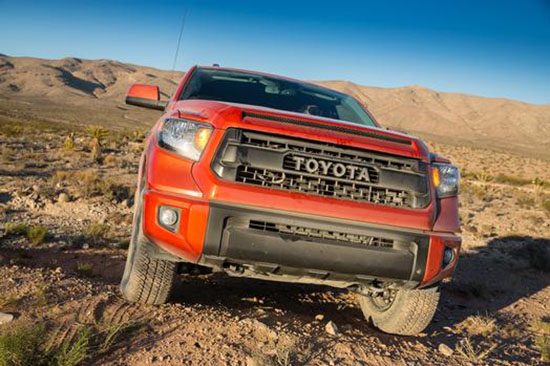 For the Tundra, the styling is much closer to stock than the Raptor. The tailgate and overall shapes of the exterior are very similar. The key differences being the TRD PRO stamped on the rear of the bed, the grille and the lift as well as off-road tires. It is a much more impressive looking truck than the stock model and stands out among them when standing close to one. At a distance and from different angles besides the front, it is easy to see how they blend together with other Tundra models. The interior has much of the same Tundra styling with notable differences of the headrest, shifter and TRD PRO badging as well as color theme used throughout. 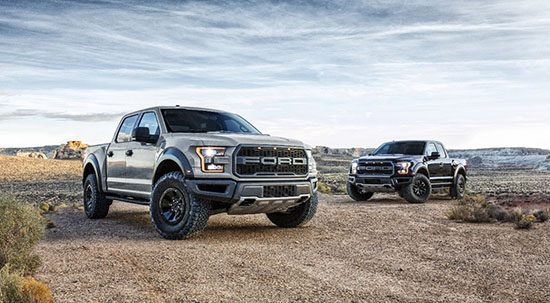 Like the Tundra, the Raptor shares a similar interior setup with the F-150 and uses unique interior badging and styling to offset it from other models. On the exterior though, it seemingly shares some of the same body lines at a first glance and then it doesn’t. I mean, the Raptor is 6 inches wider than a stock F-150. At first glance, you don’t notice it then as you get used to the design it really stands out. The Raptor by far looks more trophy truck than the Tundra. Add in the additional touches like flared wheel arches and new front/rear bumpers and you can really see how different it is.

These trucks truly represent how much things have changed in the marketplace. I remember being a kid and seeing Z71 stickers slapped to the sides of Chevy trucks. These stickers fooled many people because you couldn’t really tell the difference between the true Z71 trucks and the stock ones (for Chevy’s you still largely can’t). However, both the Tundra and Raptor are more than just a sticker and their styling differences are fairly substantial. 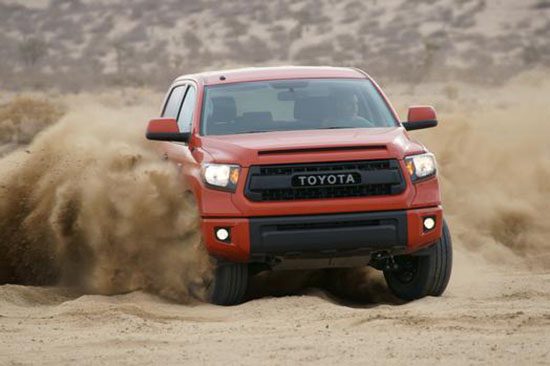 Looking at them individually and how they compare to each other we can see a considerable amount of differences. Starting with the Tundra TRD PRO, we see a truck that meets 90 percent of the target market. The target market being consumers who like to get a little dirty or sandy on the weekends while also having a truck for everyday use. Sure, the off-road setup of these trucks negates some of the truck’s towing and hauling prowess, but again 90 percent.

The TRD PRO leans on its suspension upgrades with the TRD-tuned Bilstein shocks and tires to make it an off-road machine. It also leans on its tried-and-true 5.7L V8 engine and 6-speed automatic transmission. The Tundra brings this engine to life with a TRD exhaust system with a deep throaty roar announcing to everyone it has arrived on the scene.

Plus, it is a solid steel truck with tried-and-true components. There is little doubt which truck will be more reliable in the long run and is the Tundra. Granted, you can still beat the crud out of both trucks. 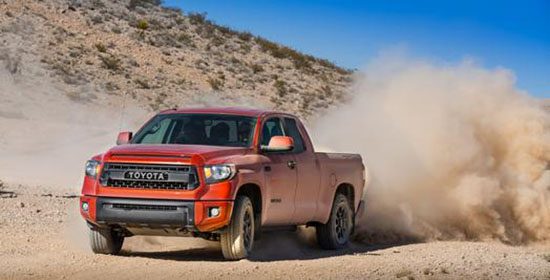 Starting at $43,395, the TRD PRO offers a good value for the amount of off-road goodies it comes equipped with. However, compared to the Raptor, there are notable missing pieces of equipment. For example, it isn’t offered with a locking rear differential, front camera and advanced off-road technology. Plus, the fuel economy of 13/17/15 city/highway/combined isn’t great.

Simply put, it is better than the Raptor if you are looking to save some money, value reliability as a key buying factor and you don’t want/need the additional equipment. 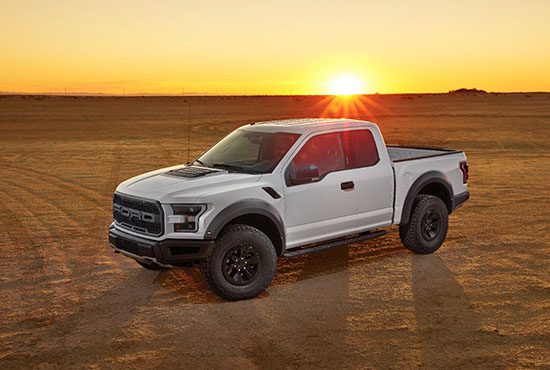 For the Raptor, the list of equipment is quite impressive and this truck can literally make a novice off-road driver much better and safer. With the six different drive modes and three different steering wheel modes, this truck can literally be equipped to handle changing terrain and the push of button. Other vehicles have these drive modes, however, what makes the Raptor that much more impressive is that each drive mode is tied to the transfer case as well. Side note, this may cause some hilarious moments though. For example, I can easily imagine many consumers being confused when they have to shift into neutral to access 4×4 low like in the Rock Crawl mode.

While the features are really good, the most controversial item on the Raptor is the use of the 3.5L EcoBoost high output V6. Ford basically took the stock EcoBoost and turned up the tune for more performance. This has the desired effect of adding that wow factor off-road especially when coming out of the corners. You simply hit the gas and you there whereas a V8 would still be catching up. This was a controversial decision for them since this meant they dropped the 6.2L V8. Losing this engine also means the loss of the throaty rumble associated with it.

The sound may have been a sacrifice for more engine performance, the rest of the truck sees no sacrifices and only improvements. I simply can’t say enough how good the KO2 tires are on this truck when off-roading, how much lighter and more nimble it feels after dropping the weight with using aluminum and how comfortable it drives on the pavement. Like the Tundra, Ford engineers did a great job getting both the on- and off-road driving down.

Now Ford did an admirable job addressing the sound issue. They ran a true dual exhaust from the engine to the rear with something like 6 inch pipes. This exhaust wraps so tightly around the spare tire and frame, engineers had to reroute all the brake lines as well as add additional heat shield around the pipes. The result looks like something they needed to add Crisco to it for it to fit. 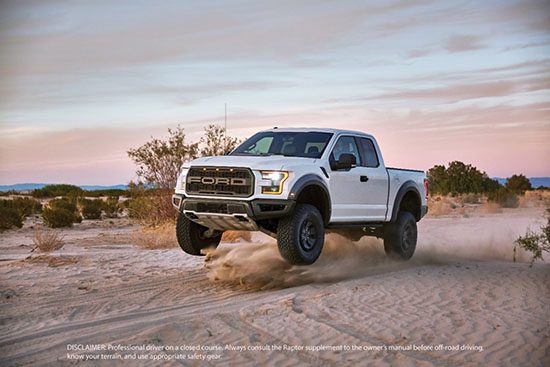 While the engineers did their best, it still doesn’t sound great. Better than the stock EcoBoost? You bet. A deep throaty rumble like from a V8? Nope. Also, if you think the aftermarket may have a better solution, think again. For example, I spoke with Corsa exhaust about it a few years ago and they literally said their is little they can do. There just isn’t enough engine there to do a lot with. I suspect they do OK with the stock EcoBoost and will likely have no answer for the new Raptor with its dual exhaust. I just don’t see Corsa wanting to run all new exhaust pipes.

This equipment and performance does come with a price tag. Ford says the Raptor starts at under $50k and that is true. Yet, I wonder how many of those trucks will be out there and I suspect the average transaction price to be in the mid 60s. Say what you will on the price, it is quite the truck though.

Simply put, if you really, REALLY like to go off-road and want the fastest rig money can buy, the Raptor is your choice. Just be prepared to pay for it. 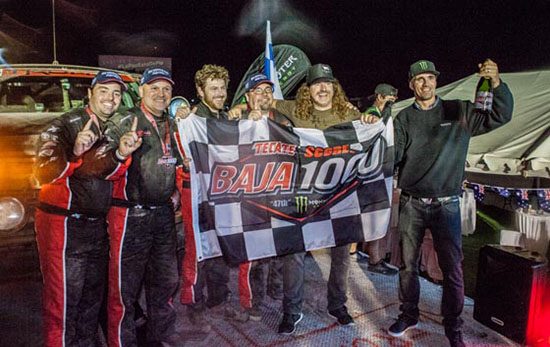 One final note. Both trucks did complete the BAJA 1000 in their stock form except with different results. The Ford Raptor finished third. The Toyota Tundra TRD PRO won. Draw your own conclusions.