Scion has developed a new sports car, the Scion FR-S. This super-charged drift-ready sports car is modeled after other successful sports car and is turning a lot of heads. 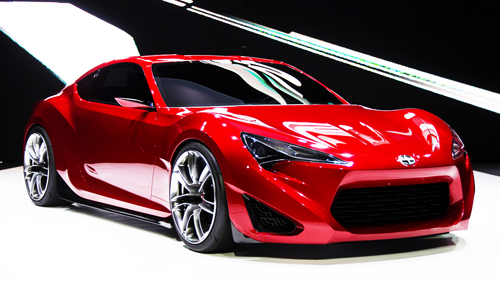 The Scion FR-S is a sleek looking, powerful sports car that is causing a lot of excitement.

Parent company Toyota has positioned its new Scion FR-S sports car as the spiritual successor to the revered AE86 Corolla of the 1980s. The AE86 was a simple, unpretentious, and — relative to proper performance models — low power economy car. Despite its humble market placement, though, its front engine/rear wheel drive layout, low curb weight, precise steering, and wonderfully communicative chassis have made the AE86 a legend among drifting enthusiasts.

Drifting, a method of driving that employs controlled over steer to navigate corners, has exploded in popularity in recent years. Professional leagues, such as the rapidly expanding Formula D, have made drifting competitions the hottest thing to hit motorsport in decades.

This highly tuned version of the Scion FR-S was shown at the recent Detroit Auto Show. A Formula D ready performance beast, it is clearly intended to further cement the link between the new Scion and Toyota’s historic — and current — involvement in the world of drifting. First seen while undergoing testing at Mazda Raceway Laguna Seca several weeks prior to the show, it will apparently be Scion team driver Ken Gushi’s car during the next season of Formula D.

This “super Scion” features a turbocharged version of the street car’s four cylinder boxer engine that puts out an astonishing 600 horsepower and over 500 lb-ft of torque. Thanks to a stripped interior and other weight saving efforts, the car is also approximately 300 pound lighter than stock, which makes those performance figures even more impressive.

As one would expect, this tuned FR-S won’t be available at your local Scion dealer any time soon. It is a full-on track car and, consequently, is a long way from being street legal. Still, it should give tuners and potential FR-S buyers inspiration and an idea of what this new sports machine is capable of.