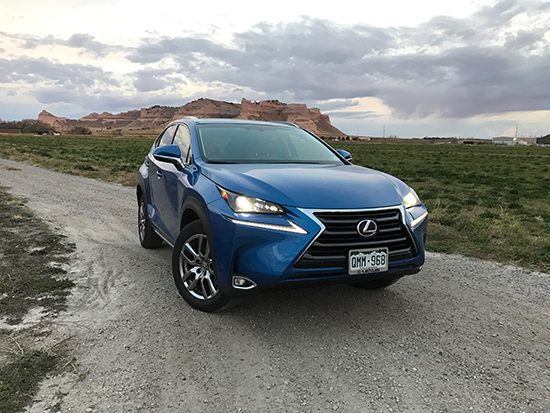 The 2016 Lexus NX 300h is basically the RAV4 equivalent for Lexus. It is a compact SUV with really enough space for four (Lexus says 5) and enough cargo room for one large trip to the grocery store or 3-4 suitcases. This is the ideal size for a small family or a couple who want a higher riding vehicle with luxury touches without spending lavishly.

Styled after the other Lexus vehicles, the NX 300h takes the spindle grille and enlarges it vertically while keeping the same body lines as those seen in the Lexus IS 350. In fact, one could argue the Lexus NX 300h is really just a taller version of the IS 350 and I wouldn’t argue. 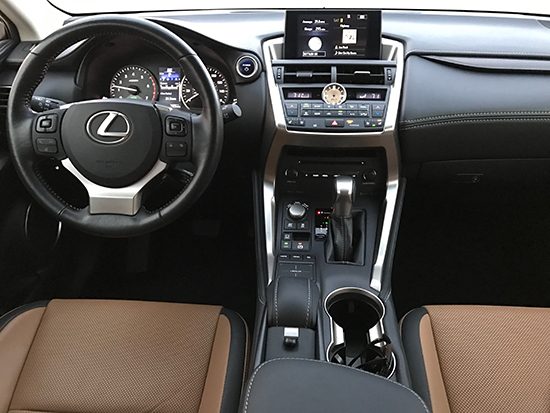 Behind the wheel, the similarities are there as well. The NX 300h corners like the small car and the hybrid powertrain – a combination of a 2.5L four-cylinder and an electric motor – performs flawlessly mated to an electronically controlled continuously variable transmission. While some hybrids feel like large golf carts, this hybrid is much more refined and they lack of feeling transmission shift points or lag brings me back to my opening sentence – nothing to gripe about. 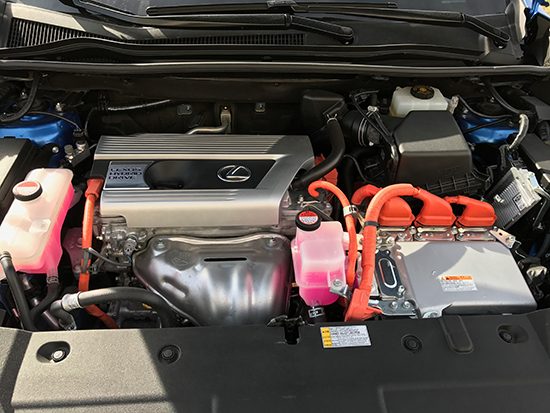 Inside the leather seats are both comfortable and luxurious. Whereas I griped about the IS 300 seats, the NX 300h has perfect set of seats for it. The leather-trimmed and heated steering wheel is plush to the touch and minimal steering wheel inputs results in smooth driving adjustments.

The second row was plenty large for both of my kids as well as myself. Fitting five in the vehicle with three in the rear would result in a pretty tight sitting arrangement, however, it wouldn’t be as bad as you might imagine. Engineers have done a good job balancing second-row seating area with rear cargo space and it shows when you sit in the seats. 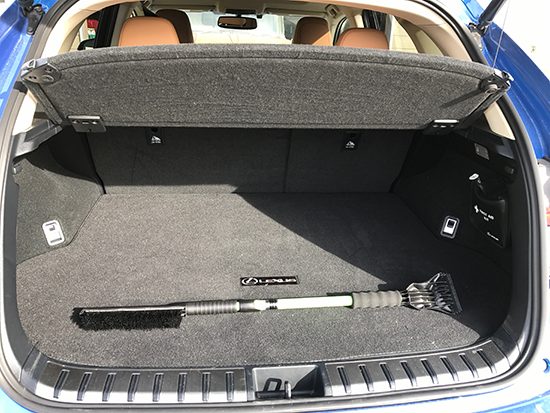 I guess I could gripe about the infotainment system which I’ve always found to be a step below the competition, yet the Mark Levinson 10-speakers system (part of the optional Navigation package) makes up for much of the dislike using the Lexus Enform’s trackpad to scroll through the menu system. I do wish Lexus/Toyota would invest in a much more colorful and interactive infotainment system, but I can’t hold that against the Lexus NX 300h. 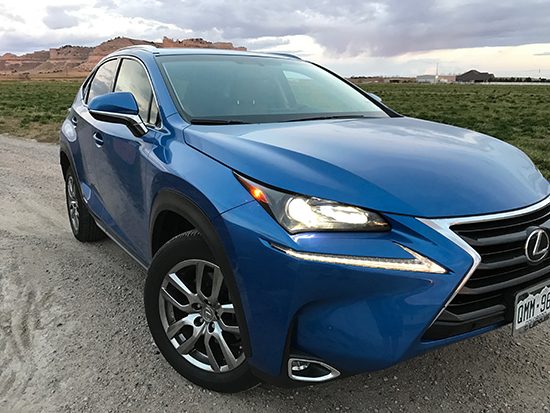 Sitting higher on the optional 18-inch wheels, the hybrid is a sharp vehicle and the fuel economy benefits of the system (in this case 33/30/32 city/highway/combined MPG) make an appealing option for those who want luxury, yet in a smaller size. The SUV starts at $41,310 (about 10k more than the RAV4 hybrid) and our press loan topped out at $47,818 with all the boxes checked. Critics may say this is quite a bit of money, yet this area – smaller vehicles with more features – of the marketplace is simply booming. Consumers looking for a smaller vehicle with all the bells and whistles should take a close look at the 2016 Lexus NX 300h. It hits all the marks.