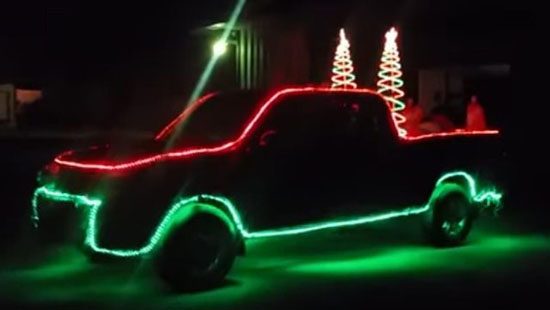 Equipped with a “green-Grinch” under glow and a red outline of the truck, the truck looks like a computer graphic outline of the body. Then, a flick of the switch really lights up the truck with an assortment of different colored lights. The resulting light output would make Rudolph proud.

The truck is a promotion for AV Tuning & Development to showcase their many products. It is powered by a 2000 watt inverter and Optima battery.

This video is the second one from them and it shows an additional 2,000 lights with additional underglow lights and lighted wheels.