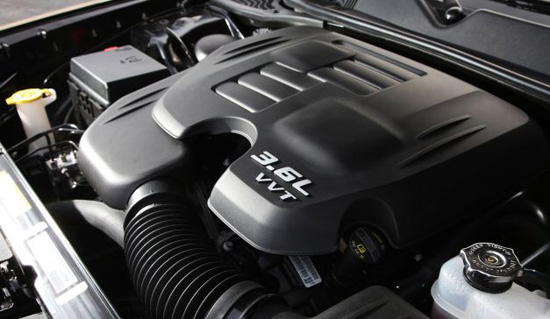 For years, the V6 motor had long been the bastard stepchild of engine offerings in full-size trucks. The market and demand was simply dominated by the larger V8. This larger displacement engine had been seen as the only true truck motor with its massive towing prowess. Yet, the market seems to be changing. More and more pickups are being sold with smaller engines. These trucks are largely driven empty and only occasionally tow. As reported in Motor Trend, a recent Maritz market research study concurs with these statements. The authors polled new vehicle customers and found 67 percent of them don’t tow anything.

What does this mean for truck makers? The past marketing messages of best in class towing and payload aren’t as important as they used to be. It seems now more than ever, offering the best fuel economy is priority number one.

While truck makers are always looking to improve their products, the need has to be there. Meaning, there needs to be a sizable gap between what is in the marketplace and what the company offers.

Of course, Ram further counters fuel economy claims by bringing up their EcoDiesel. And they are smart to do so with 20 city and 28 highway. The truth is the EcoDiesel has set a new benchmark and has surprised most everyone including Ram. They now sell one diesel for every five pickups across their entire truck lineup.

Ford Fires Back at Diesel

Naturally, Ford is fighting back at the diesel fuel economy claims. They point out the new 2.7L EcoBoost is a much lower upcharge. “For instance, the $495 option on the Ford is significantly less than the $4,470 3.0-liter Ram EcoDiesel option,” according to a press release. Ford rightfully insists this upcharge makes a difference and should be factored into who has the most fuel efficient truck.

Also, helping Ford’s argument is the recent downward trend of fuel prices. Taking the following prices into consideration of $1.99 a gallon for gasoline and $3.39 for diesel, a diesel truck owner will spend an extra $44.80 to fill up a 32 gallon fuel tank. This means a diesel owner spends $1.40 more per mile driving the truck.

For Ford buyers, spending less at the pump means the return on investment of the EcoBoost upcharge happens much more rapidly.

For consumers buying a new truck, there is a lot to consider. Both Ford and Ram make great points and each argument can be countered. For example, Ram says EcoDiesel owners will get a much better resale value when selling their truck. Ford counters by saying these customers won’t realize the fuel economy savings with dropping fuel prices and the average light-duty ownership being only 7 to 8 years according to Maritz research.

Also, there is the problem with comparing EPA testing numbers. Over the past few years, most consumers have become aware of disparities between the EPA numbers and real-world fuel economy. This has become such an issue that many large publications do their own testing.

All this news is interesting for Ram and Ford fans, but what about Toyota? While we have heard rumors and there have been small stories about Toyota offering small displacement turbo engines, nothing is official. Nor has news of a new diesel offering been announced. The stalwart 5.7L V8 has been a great engine for the truck maker, yet many are getting a bit restless for something new.

What do you think? Can Toyota continue to sit on the sidelines or is it time to jump into either the diesel or small-displacement turbo engine arena?