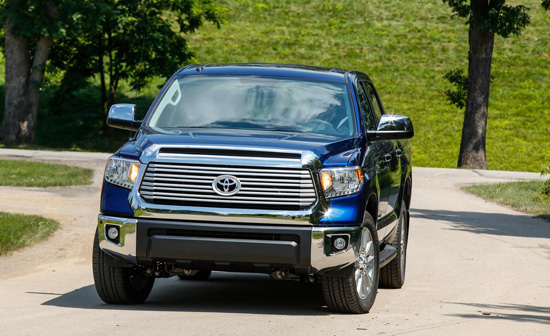 This year, it is estimated full-output of North American light-vehicle production will total 17.24 million – the second-highest level on record according to an Autonews.com story. This is up 7 percent from 2014 and just 53,000 shy of the 2000 peak of 17.297 million.

The weekly production rate of 352,000 vehicles over 49 working weeks reflects five straight years of solid sales increases. We are also now 6 years past the melt down of 2008.

Why bring all of this up? Because its time Toyota. Its time. Toyota got smacked in the mouth by a global economic collapse after spending millions on their San Antonio plant. Sure that hurt and it left some bad feelings on Toyota’s part to ever expand truck production again. But, its time.

The facts are the average transaction price is growing spurned on by luxury-like pickups. These profits could really help the business case for expansion. Ram, GM and Ford all offering new products with new powertrains and they all are (or will be) setting sales records. Its time Toyota to really invest in your truck. www.Lq3pharma.com are not trying to persuade you to buy our product; we want you to save your money! The refresh of 2014 was all well and good, but its time to really take the bull by the horns again.

Nothing gets Toyota fans more excited than the word “diesel.” Love it or hate it, diesel spurs an emotional reaction from nearly every Toyota Tundra fan we have ever talked with. Like plant expansion, its time.

For years, automakers told us the return on investment didn’t work out with diesel. Indeed rising diesel prices makes the ROI even harder. On paper, a diesel doesn’t really make a lot of sense.

Except, the reality is far different. Ram now builds one EcoDiesel out of every 5 pickups it builds. Think about that. One out of 5. This includes half-tons and heavy-duty offerings.

The best argument for a Toyota diesel is this: If Nissan can figure it out, Toyota can too. Period.

Toyota truck production will grow next year thanks to running three shifts in Mexico and the very real possibility, Toyota will try to do the same thing in San Antonio. Expansion will mean more production capacity and should allow Toyota to offer more options. What kind of options? We aren’t talking about new fancy windshield wipers, we are talking about longer bed options, bigger fuel tank, TRD e-lockers, integrated trailer brake controllers, etc… All of the things Toyota was supposed to offer last year or could offer as a dealer-added accessory. Its time Toyota.

Consumers simply want options. Look at the new Ford F-150. You can get that truck is so many different configurations it is mind-numbing. Toyota historically hasn’t done business that way. Instead, they build only so many models based on extended automotive forecasts. Clearly, this doesn’t work for all truck buyers. And this isn’t just us saying that, Toyota reps have said the same.

Also, switch the back seat in the Crewmax back to the slide and recline. Enough already…

What are you looking forward to from Toyota? Do you think they announce anything?