In a recent video interview on Autoline after dark, Chief Tundra Engineer Mike Sweers hints that a new transmission and differential ratios are coming fueled by the CAFE requirements. Check out the video. 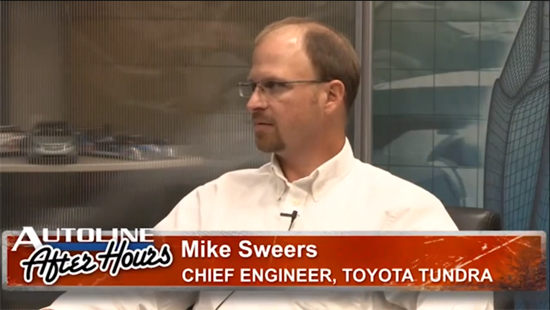 Sweers was recently interviewed on Autoline after dark. Check out what he had to say.

With the pending CAFE requirements, a new transmission with new differential ratios seems like a no brainer. Sweers admits that nobody really knows what a full-size truck will look like in 2024 (the second CAFE deadline). He shares his personal stories and reasons for many of the 2014 changes.

The video starts midway through the show. Also, there are moments when the journalists respond to questions that aren’t Toyota specific. Here it is.