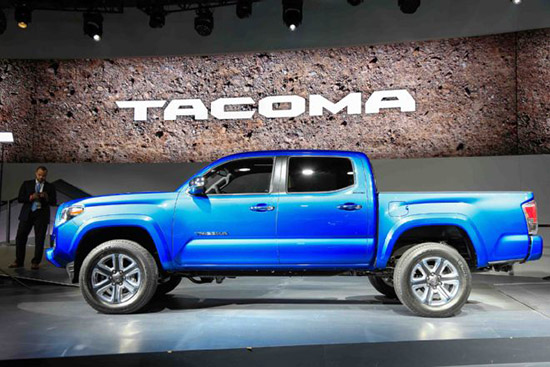 Without much ado, here are the results:

As you can see, the Tundra had a very slight bump in sales while the Tacoma had a huge jump. Talking with Toyota Chief Engineer Mike Sweers, this increase is directly related to the Baja facility. He said they are now running three shifts and every truck coming off the line goes straight to a dealer without any delay. Typically, automakers use a transport system with a rail head to get trucks to dealers. He said, he has had dealers literally call to see if they can bring a transport carrier to the facility to get trucks. Toyota is working overtime to get these trucks directly to dealers lots as fast as they can. You will notice Toyota’s time on dealer lots for the Tacoma is the shortest of really anyone. Sweers related a few stories of dealers selling new models within a few days and even used trucks being sold within minutes of them being traded in. Simply put, Toyota trucks are really hot.

Another take on the results are Ford’s increase in sales. This is the first time they have shown a real increase in many months and some of the stress at their headquarters has to be lessened.

You do have to hand it to GM trucks as well. Yet, another big month of sales increases for the Silverado and both the GM twins are selling moderately well. Albeit, they are still off the Tacoma numbers by around 7,000 units.