Last month, I was in Michigan and Ohio for a week visiting family and various aftermarket suppliers. During this time, I was fortunate to receive a 2015 Toyota Avalon Hybrid to check out and put hundreds of miles on driving all over both states. The best part? I went to the gas station just once. 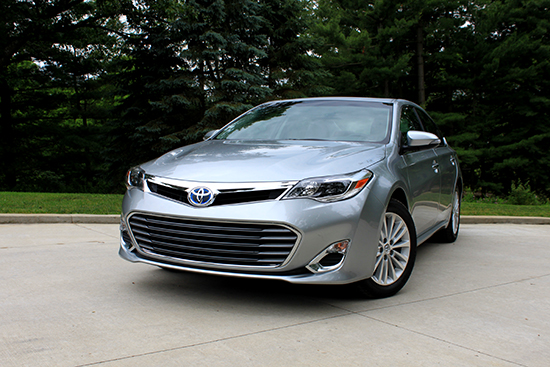 The exterior styling of the 2015 Toyota Avalon is somewhere between bland Toyota and newer “exciting” Toyota.

Why drive a hybrid? The reality is I love trucks, but I also appreciate other vehicles as well. And for the amount of driving I wanted to do, I knew a hybrid would be the best choice. There are simply just times when a certain powertrain and vehicle make more sense than others. In this case, hauling myself and one other passenger around, the hybrid makes a lot of sense. 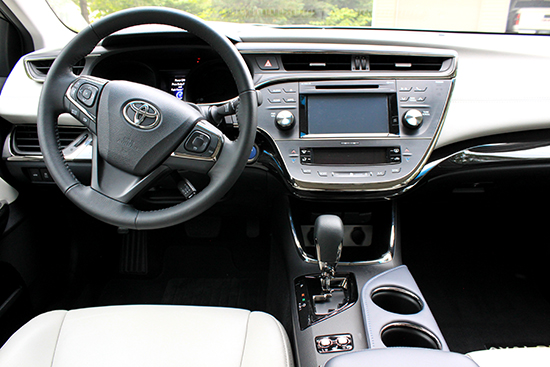 The interior is just OK compared to the newer Toyota models. However, those looking for a basic sedan with upgraded features, will find a lot to like.

For Toyota, this means I had a pretty big selection of hybrids to choose from. While, they are most well-known for the Prius – which I have driven on many occasions – I wanted something different and the Avalon fit this bill. 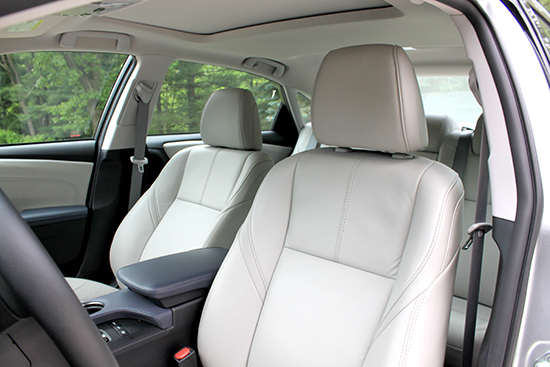 The cabin is roomy and the driver’s sitting position is ideal. I just found these seats to leave something to be desired.

The Toyota Avalon is the larger, full-size sedan that competes with the Ford Taurus, Chevy Impala and even the Buick Lacrosse base (in the Avalon XLE trim), etc… This market was once a dominate player in the automotive world, yet the infusion of crossovers and fuel-efficient SUVs is taking a big bite out of it. For example, Autoweek posted a story on July 2 which detailed the decline. The Impala and Taurus were down 26 and 28 percent respectively while the Avalon dropped 10 percent to a little more than 5,000 units. The hardest hit is the Kia Cadenza which sold just 359 units in June down 65 percent. 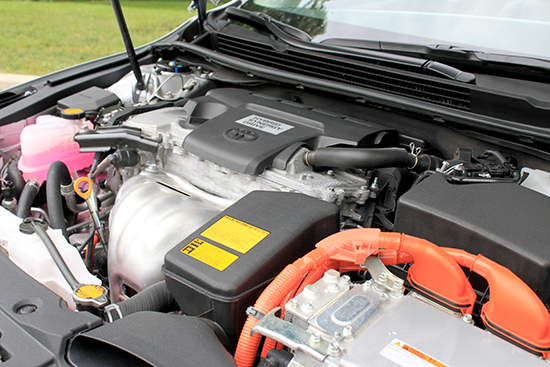 Opening the hood feels like looking at an advanced piece of NASA rocketry. I can point out a few items, but that is about it.

With crossovers and SUVs like the Highlander and Rav4 dominating the market, the Avalon would seem to take a back seat. Yet, that is not the case. Toyota unveiled a refreshed Avalon at the 2015 Chicago Auto Show. The fresh looks should attract buyers as well as the driving dynamics which are said to be vastly improved. 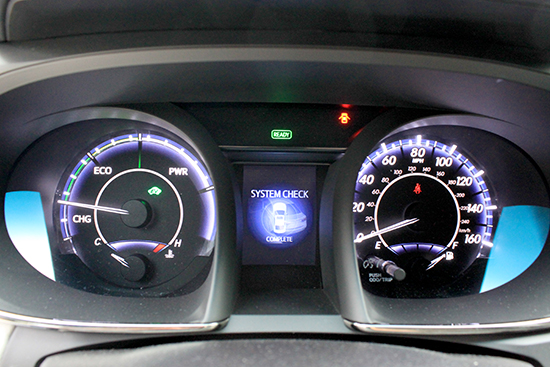 One of the fun things about hybrids is the tachometer being replaced with a power gauge. It is great fun trying to peg the “power” meter.

What does this mean for shoppers of the outgoing model like our 2015 version? It means you can likely find a real bargain with dealers moving out the older inventory. You will also end up with a pretty nice sedan with a moonroof, 17-inch alloy wheels, leather-trimmed seats, backup camera and push button start ignition. 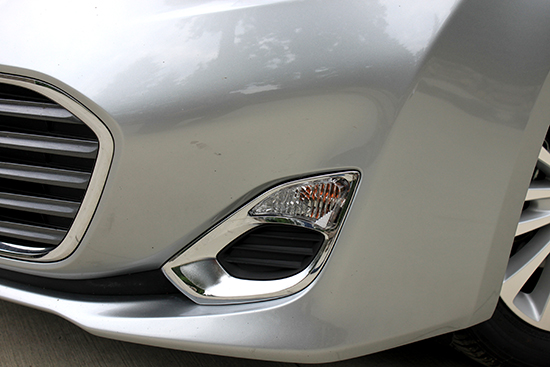 I really did like a lot of the styling cues in the 2015 Toyota Avalon.

I found the styling to be pretty good while the interior layout feels old compared to newer models. Also, the driving dynamics were fine. Not race car like by any means, but it is a sedan for crying out loud. However, the fuel economy is the BIG deal. EPA estimated at 40 city/39 highway, this car delivered. Driving for hours on highways and across state lines, I netted 39.5 combined fuel economy for my entire trip. While sure, it isn’t “Prius great” I was pretty darn happy with that number. 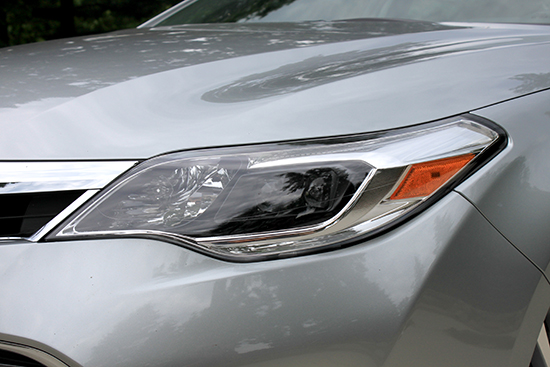 The shapes found in the headlights are really a forerunner to the latest styling direction Toyota is taking.

My only real beef are the seats. I had a hard time sitting in them for hours on end without having some pain. For commuting, I think this sedan would be perfect, however, long road trips could be a different story. 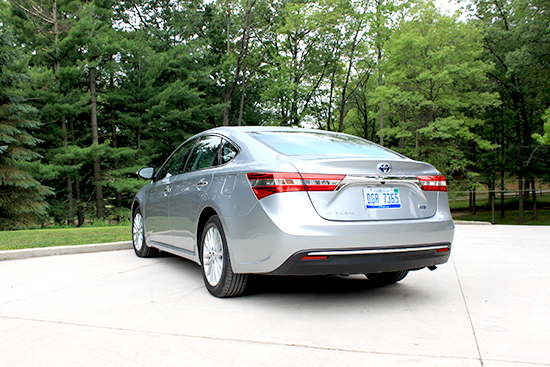 Overall, the styling finishes off well and it is easy to see why buyers shop for this car.

Overall, the 2015 Toyota Avalon XLE isn’t exactly what I would call luxurious (it is better equipped than the base for sure), nor sporty and you could argue it is a reason why people associate blah with Toyota. Yet, that is a big part of its appeal. It is roomy, drives nice and returns great fuel economy all for around $36k. Our guess is if you hurry, you can find one for less than that.