General Motors is recalling thousands of 2012 Chevy Sonic subcompact cars because the inner and outer brake pads may be missing. The National Highway Traffic Safety Administration (NHTSA) said the missing brake pads could reduce the vehicle’s brake system performance and increase the risk of a crash. 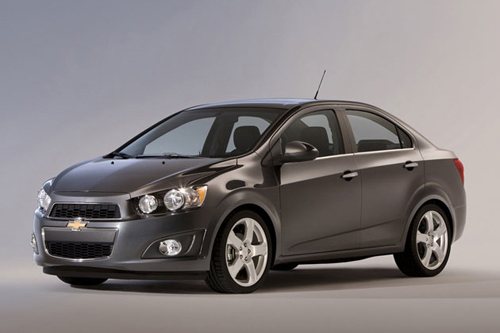 GM has recalled its brand new Chevy Sonic after discovering that some of the vehicles were missing brake pads.

GM plans to notify owners of this mechanical liability and ask that owners of the Chevy Sonic take the car to an authorized dealer for inspection. The dealer will check for missing brake pads and install any missing parts, including calipers, rotors or pads. GM said it noticed the problem after a customer brought a Sonic into a dealer and complained about brake noise. Mechanics discovered that the vehicle had no brake pads. GM estimates that 4,296 Sonics may be affected by this recall. The company will begin the recall by January 14.

While this recall comes on the heels of the Sonic’s sparkling five-star safety rating by the NHTSA, it also follows serious quality concerns over Chevy Volt fire risks and an investigation into rusting GM vans.

While most people have simply viewed the missing brake pad problem as an inconsequential mistake, it’s possible to see this as an indicator of a quality slippage at GM. This type of mistake could have – and should have – been caught at any one of the following points in the vehicle production and delivery process:

Yet none of these people or processes managed to catch something as simple (and obvious) as a missing brake pad.

Granted, mistakes are bound to be made, and in most other respects General Motors has been average or above average in recent JD Power quality surveys. Still, how could this happen? If it’s a symptom of the same old-same old at GM, it’s not good.