The latest findings by Consumer Reports indicate that Ford, and other domestic brands, has slipped in the reliability rankings while Toyota remains on top of the ratings. 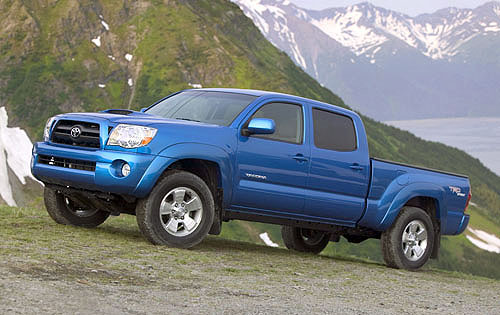 Toyota remains king while Ford drops in the reliability ratings.

Ford’s drop was from 10th to 20th and is mostly blamed on the redesign of a few old models, as well as problems with their new electronic systems. This is bad news for Ford, as the automaker has taken years to build up a good reputation for reliability in last year’s Consumer Reports rankings. But, as pointed out by David Champion Sr., director of Consumer Reports‘ Automotive Test Center in East Haddam, Conn., it only takes a few problems to lose that reputation.

GM also took a fairly steep fall in the rankings, particularly its Buick and Cadillac brands, which both dropped six spots. Chrysler moved up slightly, with its Jeep brand performing better than previous years. The Dodge brand made a jump of a few spots to 21st. Overall, the quote “Big Three” took a general drop in the rankings.

On the other hand, quote “import” brands continued to dominate, occupying the first 9 spots in the rankings. Toyota topped the rankings this year, and other Japanese brands filled out the rest of the slots. In spite of some recent improvements, domestic vehicles continue to have nagging reliability issues. The proof? 64% of the Ford/GM/Chrysler-Fiat vehicles were rated average or better, versus 96% of Toyota/Honda/Subaru vehicles rated average or better.

Toyota’s reliability continues to be the measuring stick for both imports and domestics. Both vehicles sold under the Toyota name and their luxury division, Lexus, have continued to remain on top of the rankings.