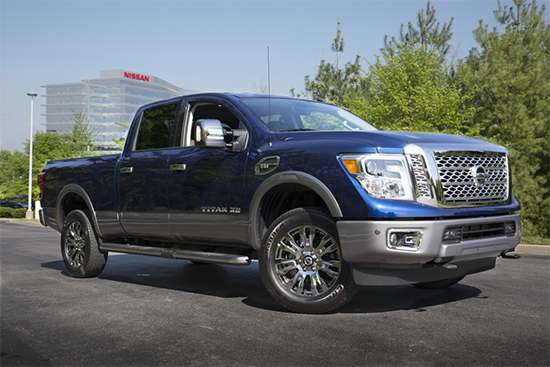 First, before I get too far, yes, I do realize the XD is a heavy-duty half-ton and is technically not in the same “class” as the Toyota Tundra. Yet, I don’t really care about that fact when the classes are so close. For example, the maximum towing capacity of a 4×2 gas is 11,270 and the maximum payload is 2,594. The Tundra has a maximum payload of 2,060 lbs and a maximum towing capacity of 10,400 lbs. These trucks then are separated by a few hundred pounds on both maxed out specs and are likely a bit closer when comparing “average truck” configurations. 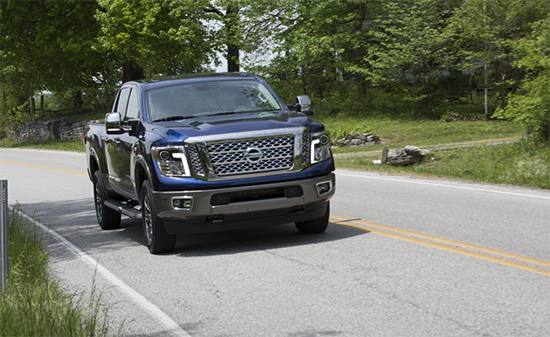 Aside from the engine talk, this color combo on the 2016 Nissan Titan is hands down my favorite.

What does this mean in reality? It means, the Titan can carry a 4wheeler in the bed while towing a load and the Tundra can not. Also, it means the Titan can carry a few more 4wheelers than the Tundra. That’s it folks. When you really break down the max towing and payload, the difference really needs to be in the thousands to signify a big difference (see: 3/4 and 1 ton trucks).

Now, if you are one of those who considers the Tundra to be “over built” like many people do, then you know its components are more of the 3/4-ton variety than a half-ton. Items like larger brakes, hitch and its frame are all stout components. I would argue this overbuilt half-ton mentality was used on both the XD and Tundra and this makes them even more similar. 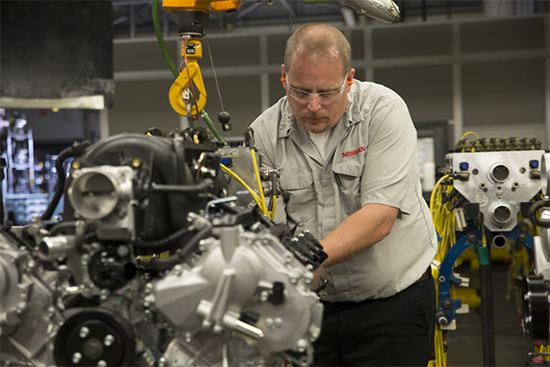 As part of our trip, we got to tour Nissan’s Decherd, TN engine plant. These fine men and women clearly do great work building these engines. Incredibly, this facility is the only V8 engine plant Nissan has and they ship these engines all over the world.

What Are the Big Differences Between the Nissan Titan 5.6L V8 and Toyota Tundra 5.7L V8? 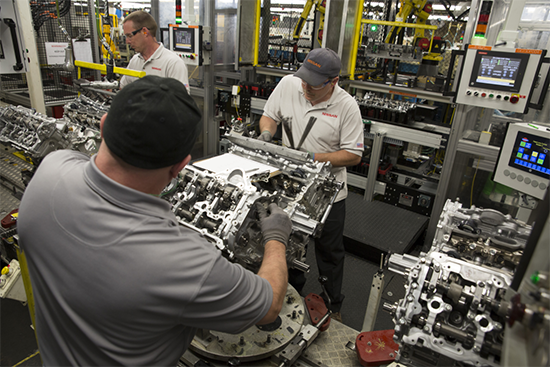 As someone who has never toured an engine plant before, I came away very impressed with the excruciatingly tight tolerances they have to hit and the level of attention they pay to their work. Also, the torture testing they conduct is mind blowing.

Generally, the bore/stroke ratio and engine torque are related, at least at lower RPMs. If the bore (piston diameter) is less than the stroke (length of travel between bottom and top of stroke), the engine generates more torque at a lower RPM. 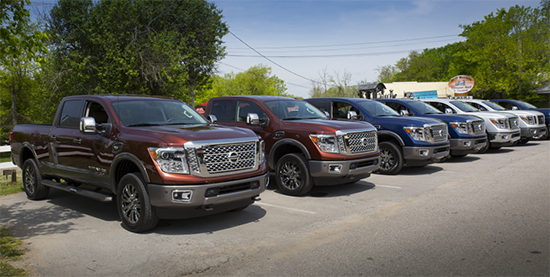 Having the opportunity to drive many different versions of the truck with the new 5.6L V8 is pretty cool.

However, there are a lot of caveats:

While the Tundra engineers have overcome the limits of their engine design, it does lead many to wonder how good can it be considering it is now over 10 years old.

“Nissan’s newest 5.6L has a good compression ratio (which helps with gas mileage), but it’s still a short stroke engine, which means it just can’t generate the kind of torque that Toyota’s 5.7L can generate at lower RPMs.”said Jason Lancaster, Tundraheadquarters.com owner. “Nissan makes up for this by offering more gears in their transmission, so it’s probably quite similar in terms of usability.

Still, Toyota’s 5.7L is a great engine. It’s proven reliable, and it’s quite comparable to engines that are many years newer.” 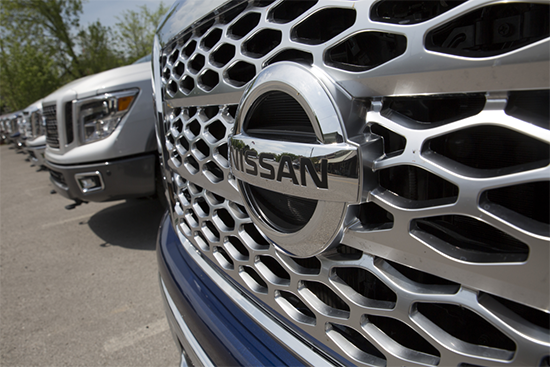 With a competitive 5.6L V8 engine now on the market and a new half-ton coming out this fall, Nissan is definitely on the move in the truck business.

As for Nissan, their higher compression ratio definitely makes for a more efficient engine, but their (slightly) short stroke design is inherently less fuel efficient than Toyota’s long stroke setup. This will probably be a push when you factor everything together. However, a few more gears for the Tundra could help push that truck to better MPGs if Toyota decides to focus on fuel economy.

Finally, I do think saying Nissan’s new 5.6L engine is pretty comparable to the Tundra’s 5.7L is a compliment. The 5.7L iForce V8 has been one of the top large displacement, non-turbo, half-ton engines around for years. If Nissan’s engine proves to be as reliable as the Tundra’s engine, they really could have something.