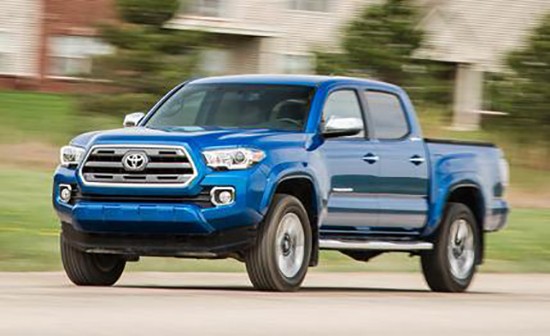 Almost not a surprise anymore, the Tundra sales numbers were down slightly against last year while the Tacoma barely had a drop. While the rest of the industry grew including big jumps by Ford, Ram and Honda (look at the percentage change from 2015!).

Other items that clearly stand out are the continued sales success of the Frontier against all new competition, the statistical explosion of the Honda Ridgeline and the growth of the Colorado which could be contributed to the fact GM is moving full-size van production out of Wentzville to increase Colorado/Canyon capacity.

Besides though winners, the losers like Chevy clearly felt the effects of all their “Truck Month” advertising deals with consumers largely staying away – and why wouldn’t they if they knew another sale was likely.

Finally, there is the Titan. I was just visiting with Nissan yesterday at their new Pathfinder unveil and they are clearly frustrated sales aren’t booming. A variety of factors seem to be holding them back and one of those that was mentioned were reluctant dealers hoping to cash in on full retail sales rather than budge on pricing. Going to be interesting to see if sales spike towards the end of the summer when dealers may get antsy to make room for the new half-ton volume truck.