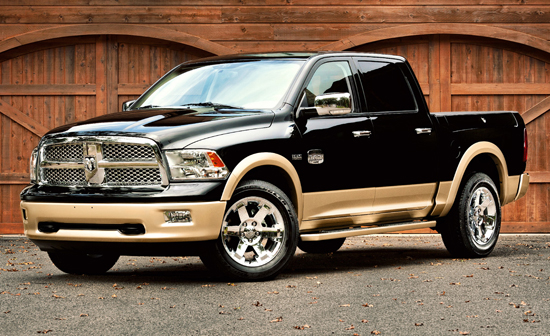 A 24/7 Wall St. story concluded that the Dodge Ram 1500 is America's Most Dangerous Pickup.

The  Delaware based online financial news and opinion site 24/7 Wall St. recently looked at the various studies to come to the conclusion that the Dodge Ram 1500 is the most unsafe pickup. 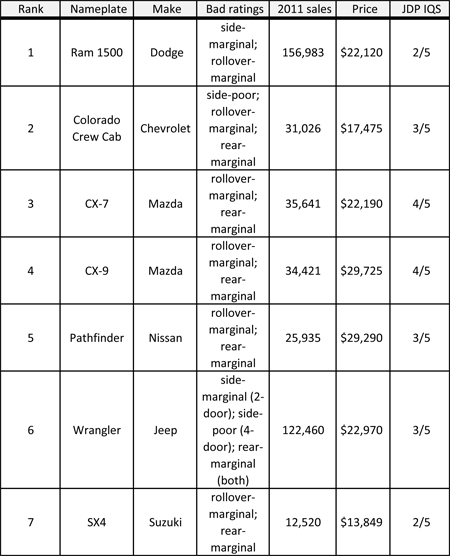 These numbers were derived by taking the models that received “marginal” or “poor” ratings in two of the four IIHS categories. Then, they combined this combined this data with records from NHTSA crash safety records, JD Power’s Initial Quality Study and Consumer Reports. The final list was dubbed “The Most Dangerous Cars in America.”

According to 24/7 Wall St., the Dodge Ram safety’s record has been unimpressive for years. In fact, from 1998-2001, the truck failed the IIHS front offset tests and was rated poor in protecting heads and left legs as well as retraining the test dummy during a crash. Although, it has improved its frontal offset ratings, side-impact and rollover ratings still leave a lot to be desired.

Interestingly, the NHTSA’s tests on the Dodge Ram, found the opposite. The front was good, the side impact wasn’t.

The Toyota Tundra on the other hand, has been ranked highly in all these studies for several years. In fact it could be argued that the Tundra is the safest truck in America.

“The poor ratings of these models do not appear to have affected their sales. In fact, sales of all models are up from last year. In all but one case, according to data provided by Edmunds.com, sales grew at least 19% last year. And while most of these models’ sales are still below 2007 levels, sales the Jeep Wrangler not only increased the most but also jumped 50% since then.”

Too bad consumers don’t pay more attention to these numbers. They would find that Toyota takes safety seriously.