Chrysler Says NO to NHTSA Recall – 2.7M Jeeps in Question

The National Highway Traffic Safety Administration has identified 2.7 million Jeep vehicles that may have a fire issue and should be recalled. Chrysler doesn’t agree and is refusing the recall. Is the NHTSA going too far or is Chrysler’s poor quality reputation holding up? 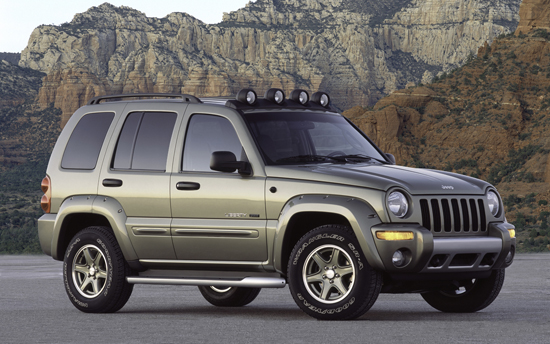 Chrysler has unequivocally said NO to a NHTSA recall. Good or bad idea?

Chrysler Group LLC (see: Fiat) actually came out in front of this storm by releasing a statement prior to NHTSA notifying the public. The company says it “does not agree with NHTSA’s conclusions and does not intend to recall the vehicles cited in the investigation. The subject vehicles are safe and are not defective,” according to their statement.

Also Auto News says, “in a related document, Chrysler argued that its analysis showed fire incidents involving the named vehicles occurred ‘less than one time for every million years of vehicle operation.'”

The NHTSA denial is really rare for automakers who usually bend to the government agency’s every whim. Why? The NHTSA has the authority to order a recall whether the automaker likes it or not. Plus, the public relations fallout and fines levied for the company is usually worse than just recalling the cars.

“Even if they believe in their hearts that a safety-related defect does not exist, a manufacturer will not get involved in a public controversy with the agency over 70,000 vehicles,” said Allan Kam, a former senior enforcement attorney at the agency told Auto News. “When you’re talking about millions of vehicles, and hundreds of millions or even billions of dollars, those are the rare occasions where a manufacturer digs in their heels.”

Essentially by denying the recall, Chrysler can further deny claims from Jeep owners whose vehicles have caught fires and possibly avoid spending millions in repairs. However, if they lose this gamble, they stand to lose BIG (fines, lawsuits, brand issues, customer loyalty).

The company has for better or worse, made a stand. As the statement says, “Chrysler Group’s position on this matter is clear.” What isn’t clear is if this is a good idea.

What do you think? Has the NHTSA become a bully or is Chrysler ignoring their quality issues?