GM has finally released some towing, horsepower and fuel economy numbers for it’s new line of “EcoTec” engines. These aluminum block and cylinder head engines are the future at GM. Should Toyota be concerned? Probably not. 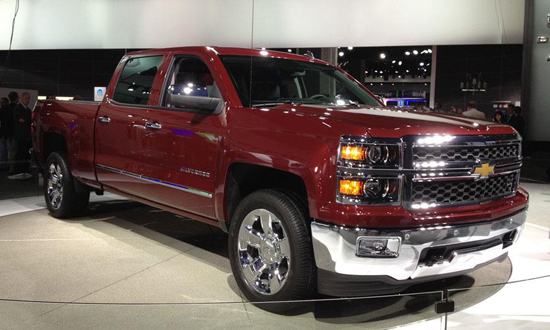 Sure looks shiny, but is it a good truck?

According to a Chevrolet (GM) press release, the company plans to offer three different EcoTec engine combos. These will include a 6.2L V-8, a 5.3L V-8 and a 4.3L V-6. While the press is focusing on the “class leading” 6.2L EcoTec3 V-8 engine, it would seem more likely that the majority of truck sales would feature the 5.3L V-8 (also according to sources at GM). Stripping away the hooplah about the 6.2L V-8, we finally can have a “true comparison.”

Before we begin, the numbers for this story are from the press release and estimates done by Pickuptrucks.com (using Cars.com data). And, the numbers are for 2WD pickups. Here is the comparison for Ford, Ram, GM and Toyota.

Another item to note is that models built with the 5.3L V-8 will have a towing rating of 11,500 pounds, equipped with the max towing package. Toyota has a 10,100 lb limit with a double cab 5.7L V-8 2wd model with the optional towing package. While a difference of 1,400 pounds might seem like a lot, remember the Toyota is J2807 certified and GM products are not. The difference then is really zip.

On paper, it seems that the Chevy engine is slightly less powerful than Toyota, yet it gets way better MPG. However, with the recent lawsuits about MPG and current wave of controversy regarding these numbers, we aren’t sold just yet.

The reality is that the new Toyota Tundra numbers should be coming out in the next couple of months. It will be interesting to see how these numbers will change, since we know Toyota spent a lot of time/money on improving the aerodynamics of the truck. This leads one to believe that increased MPG will likely follow.

What do you think? Do you take the numbers above as FACT or FICTION?