According to NHTSA, 18,000 people are injured each year and 300 are killed because of “backovers” – situations where people back their vehicles into obstacles, cars, bicyclists, or pedestrians. This is a startling statistic to be sure – it’s hard to imagine how this can happen so often – but if you think about it the number (sadly) makes sense.

How many times in your life have you jumped out of the way of a vehicle in reverse while walking through the parking lot at your local mall? How many of us have backed into an unseen obstacle? How many friends or neighbors have had close calls with pets or children behind their vehicle? If you think about the number of people backing their vehicle up every day, it’s easy to see how the injuries could add up.

The question is, should automakers be required to include a backup camera on every new vehicle in order to try and prevent these accidents from happening?

What Color is Your Tundra – Survey Results

On October 25th, we asked you “What color is your Tundra?” after reviewing some interesting vehicle paint statistics from PPG. Here are the results of that survey:

The Monday following Thanksgiving is known as “cyber Monday” in the world of e-Commerce, and according to all the experts it’s the busiest online shopping day of the year.

In an effort to capture as many sales dollars as possible, some of our favorite auto accessory websites (as well as some others) are offering special discount codes, free shipping, etc. Here’s a list for next week:

We’ve rounded up some of the most popular gifts from years past as well as some new stuff we saw at this year’s SEMA show below. If you own a truck (or know someone who does), this is good place from some gift ideas.

Also, if you’re looking for a gift but don’t have a lot to spend, be sure to check out 10 Truck Gifts for About $50 Bucks on TacomaHQ.com. 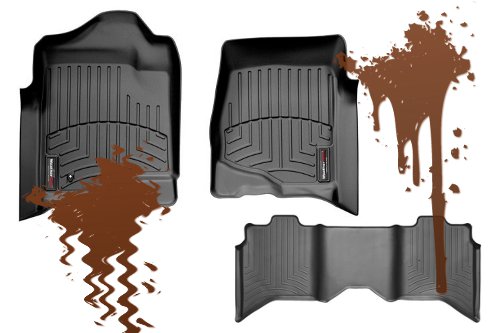 Extreme duty floor mats from WeatherTech are custom-molded to an exact fit, and they hold lots of gunk.

1. Heavy-duty floor mats for front and/or rear seats. Every year, heavy-duty floor mats are one of the best selling Toyota Tundra accessories available. WeatherTech Extreme-Duty Floor Liners are the top choice because they’re precisely matched to your truck, they have a “reservoir” that will trap dirt, mud, and water, and they extend right up to the door panel, so you can empty them out without spilling any gunk on the carpet.

If you want to spend a little less, check out Husky’s WeatherBeater mats which have many of the same features.

2. A truck bed tent. Truck bed camping gear is a nice gift for the adventurous truck owner. Setting up camp in your pickup means that

Chrysler’s Future Still Uncertain – Would You Buy A Hyundai-Made Ram?

Despite receiving a massive bailout from U.S. and Canadian taxpayers, the long-term future of Chrysler-Fiat is still up in the air. According to Steve Rattner, the former Obama administration “car czar” who orchestrated the Chrysler bailout package, there were serious misgivings about Chrysler’s future by many in the Obama administration in 2009. Rattner’s book Overhaul indicates that Chrysler was bailed-out more to prevent job losses than based on any certainty that Chrysler could remain a viable automaker.

As reported recently by the Detroit News, financial analysts at international mega-lender Deutsche Bank echo these same concerns. While Chrysler has generated operating profits in the past year, they’re still a money-losing company (nearly half a billion year to date). Deutsche Bank’s analysts believe that Chrysler’s future hinges on new Fiat-based product due out next year – starting with the Fiat 500. 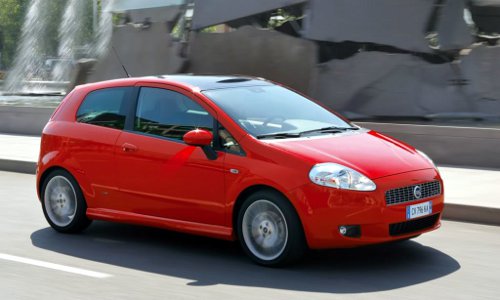 Deutsche Bank's analysts believe the future of Chrysler hinges on new products from Fiat, including the Fiat 500

While a new line of Fiats might just save Chrysler, it’s also possible that they won’t. If Chrysler-Fiat has to throw in the towel, the Ram brand would be made available for sale…something Hyundai might love to see.